The ‘Ghost Crocodile’ from Kalimantan 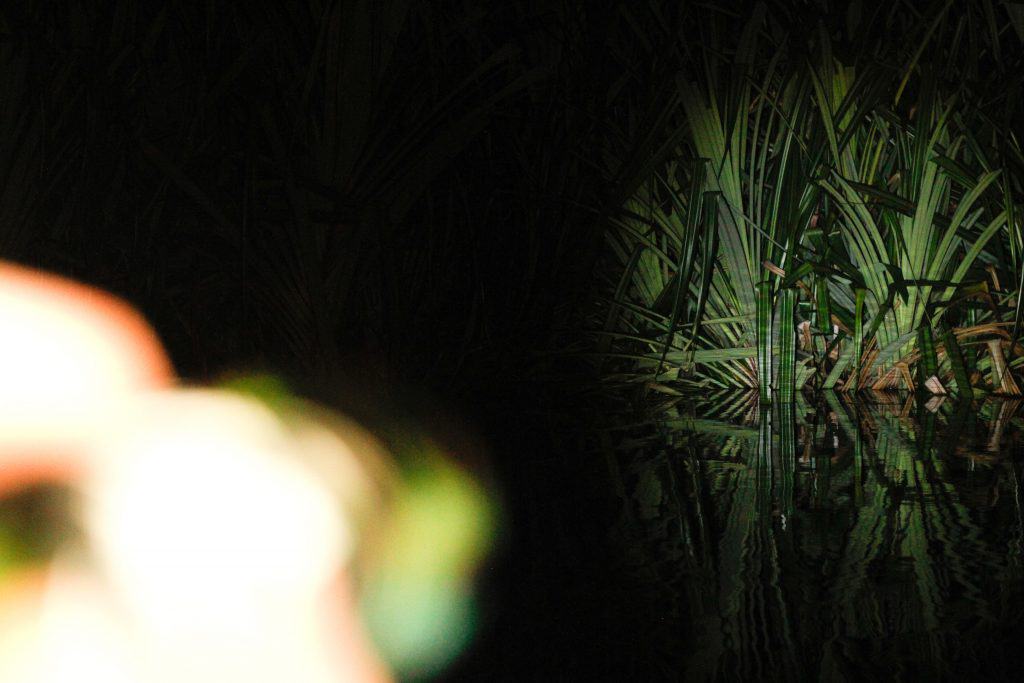 The landscape of Central Kalimantan is mostly peat swamp forest, encompassing many rivers and swamps; an excellent habitat for several endemic animal species, from freshwater fish, and amphibians, to reptiles. However, until now, research on reptiles is rare, particularly research on crocodiles and gharial.

Peat swamps provide a good natural habitat for crocodiles to thrive in the wild. However, on the southern coast of Central Kalimantan, there are still many cases of human-crocodile conflict.

‘Ghost Crocodile’, the false gharial, also known as the Tomistoma (T. schlegelii) is one of three extant species of crocodilian found in Indonesian Borneo (Kalimantan). No global or national population estimates are available for this species. Spotlight densities from river surveys are the only indices of abundance available but have been documented in only a few sites. The distribution of this crocodile is across Indonesia and Malaysia, usually inhabiting freshwater swamps, lakes, and lowland rivers, including peatlands.

Anthropogenic activities such as hunting, fishing, increased use of waterways, forest fires and habitat degradation have resulted in a decreasing population trend of these species. However, the IUCN suggests that Central and East Kalimantan Provinces, which support large tracts of degraded swamp forest, may support the largest remaining populations of T. schlegelii.

“In Kalimantan, peatlands are considered the main habitat for Tomistoma, but are at high risk due to drainage, fires, illegal logging, mining and conversion. With the rapid expansion of plantations and land use change, Kalimantan is facing one of the highest rates of deforestation in Indonesia,” said University of Leicester researcher Sara Thornton in collaboration with  University of Palangka Raya (UPR) and Borneo Nature Foundation (BNF) Indonesia.

“Therefore, further research on this species is needed to determine a strategy for conservation requirements and of course, it must be preserved,” she said.

In addition, Sara also explained that she collaborates with researchers from University of Palangka Raya (UPR). The research will later use and test a combination of qualitative and quantitative research approaches to identify areas of abundance, potential threats, and priority areas for false gharial conservation.

“The information and data obtained through this work will provide important baseline data needed to build long-term research and conservation strategies for T. schlegelii in Kalimantan,” she explained.

Sarah added that the social survey will involve interviews with river users who depend on various river systems in Central Kalimantan, as well as online questionnaires with relevant stakeholders in potential habitat areas.

They will discuss questions relating to the potential location of false gharial based on sightings, perceived threats to this species, socio-economic drivers affecting wild populations and local beliefs and other valuable knowledge about this species. The social survey will then support the planning of spot-light river surveys and drone surveys to obtain further data and conduct habitat assessments.

“This information will then be used to create a Tomistoma distribution map and identify conservation hotspots based on threats and relative abundance. The results will be disseminated through conservation reports and recommendations to relevant stakeholders, to support the development of local conservation plans and initiatives,” she said.

Elsewhere, an independent researcher Namrata Anirudh, also explained that no global or national population estimates were available for T. schlegelii. Therefore T. schlegelii is one of the most vulnerable and least known crocodile species in the world.

At present, the strongholds for this species are few, but some remain in several areas of Kalimantan, including the Provinces of Central, East, and West Kalimantan, in western Sarawak, and in central and eastern Sumatra. Swamp forest is a key habitat for nesting and foraging.

“This species appears to be relatively abundant but is as hard as ‘ghosts’ to detect,” said Namrata. Namrata said that T. Schlegelii plays an important role in maintaining the equilibrium of the food chain in the wild because it is one of the main predators in its habitat. Its competitors are the Siamese crocodile (Crocodylus siamensis) and the saltwater crocodile (Crocodylus porosus), but it is not known how much competition for resources there is between these species.

Thank you to our supporter The Alongside Wildlife Conservation to make the false gharial project happen, so we can have a better understanding of this mysterious crocodile.