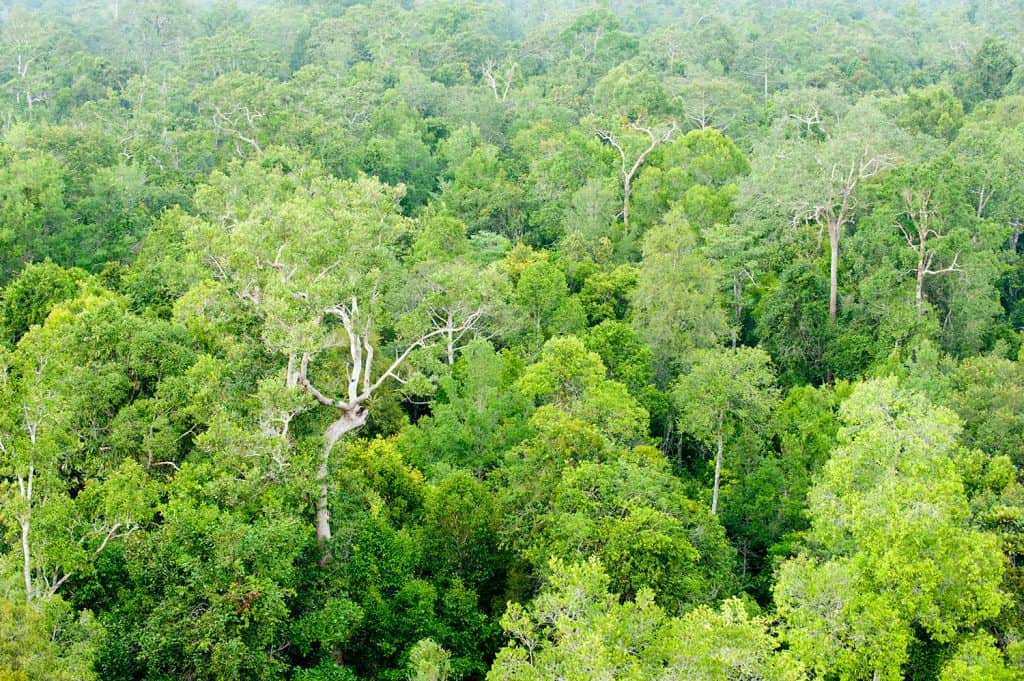 It has been exactly a month since I arrived in Indonesia to start my yearlong ethnobotanical research (the study of plants and their practical uses through the traditional knowledge of local culture and people) on the Dayak community living in Kereng Bangkirai near the Sebangau National Park. I feel like the black sheep in a multitude of biologists, conservationists, and ethologists because I am the only social scientist as of now. But being the black sheep has more positives than negatives and I think it’s safe to say I have eased myself in with the rest of the BNF pack quite smoothly. That is mainly because of how welcoming and friendly everyone is, giving out a Zen vibe.

Every day is different and there is always something new to discover, especially when living in the forest. A couple of weeks back on my ‘jalan jalan’ (walk) in the Natural Laboratory of Peat-swamp Forest (LAHG), a special zone within the Sebangau National Park, with my project advisor and BNF’s Senior Project Coordinator, Hendri, we encountered a Borneo black tarantula near her nest. It was a beautiful encounter that reminded me of how unpredictable life in the forest really is.

It’s amazing how a peat-swamp ecosystem works given there is no soil in the ground and the water is so acidic. It has taken thousands of years for the trees to develop enormous strong roots and grow close to one another.

There are several vines and creepers that take advantage of the bigger trees, but plants find it harder to grow for prolonged periods and remain seasonal in this competitive ecosystem. It feels like walking into an unknown choc-o-block tree city, but that’s not how the field team perceives the forest. They have grown up around Sebangau National Park peat-swamp forest and can identify flora and fauna like they have the names written on the back of their hands.

On my first walk trying to photograph and learn about the various trees and plant species the Dayak use in their day-to-day life, I went crazy by the end because all the trees look so similar. I kept asking Hendri which one he was describing and we both shared a good laugh about it. Each tree species have subspecies and minor differences that only the field team recognizes along with their value.

The use of tree and plant materials can range from spiritual, practical, and medicinal, for example in the past the ehang (Dayak name of Diospyros siamang) tree bark was boiled to produce a dye to color fishing nets and clothes, another tree called kahui (Dayak name of Shorea balangeran) has strong wood that is used in construction, and our camp was built with this wood when the area was a logging concession.

On my day trip along the Koran River, we spotted a unique tree called nonang (Dayak name) found only near this river. According to Hendri and Iwan (BNF Biodiversity Staff), it is used to ward off malicious spirits by burning its bark.

I gained more ethnobotanical knowledge last Sunday, when I was invited by Hendri for lunch at his house in Kereng Bangkirai. The food was unique and organic, made by gathering fruits and vegetables from his garden. He took me around his neighborhood to photograph the medicinal and ceremonial plants people grow in their backyards.

We bumped into his uncle who is a musician, specializing in making and playing a local, two-stringed guitar-like instrument called kacapi. He used the wood from the jackfruit tree to make his kacapi because the wood is easy to carve and is durable.

I have learned so much about Dayak culture, their language, and folklore that I feel excited to know more at the start of each day. So much of their cosmology flows from the forest and that is the basis of Dayak culture. I feel the need to record these traditions given how fast-paced modern life is and the inevitability of information being lost in time.

There is a wealth of knowledge with regard to local medicinal plant use, but I would like to document the spiritual element along with its practical uses. I also intend to document and photograph the various types of tree and plant materials used in the creation of ceremonial objects, instruments, and handicrafts. I hope by the end of my project, the Dayak community, as well as BNF, can benefit from all these findings.