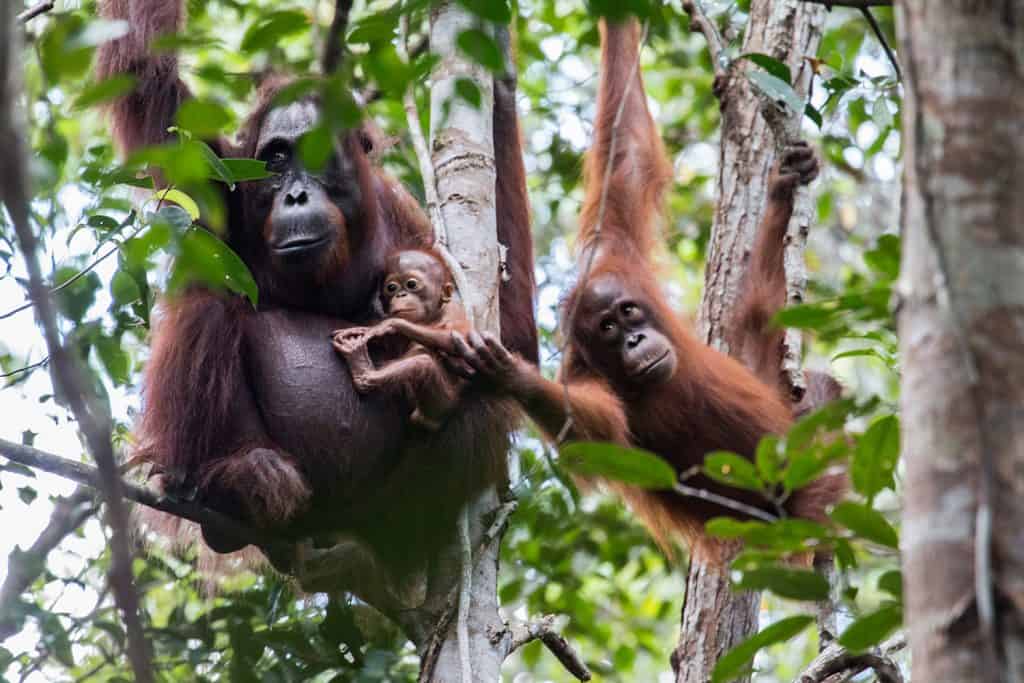 Cleo: Where it all started. Cleo was the first orangutan resident to be followed by the OuTrop team, back in 2003. Since then, her family has grown! On the project today, the community of orangutans who we follow, and come to know very well, is bigger, and still growing! 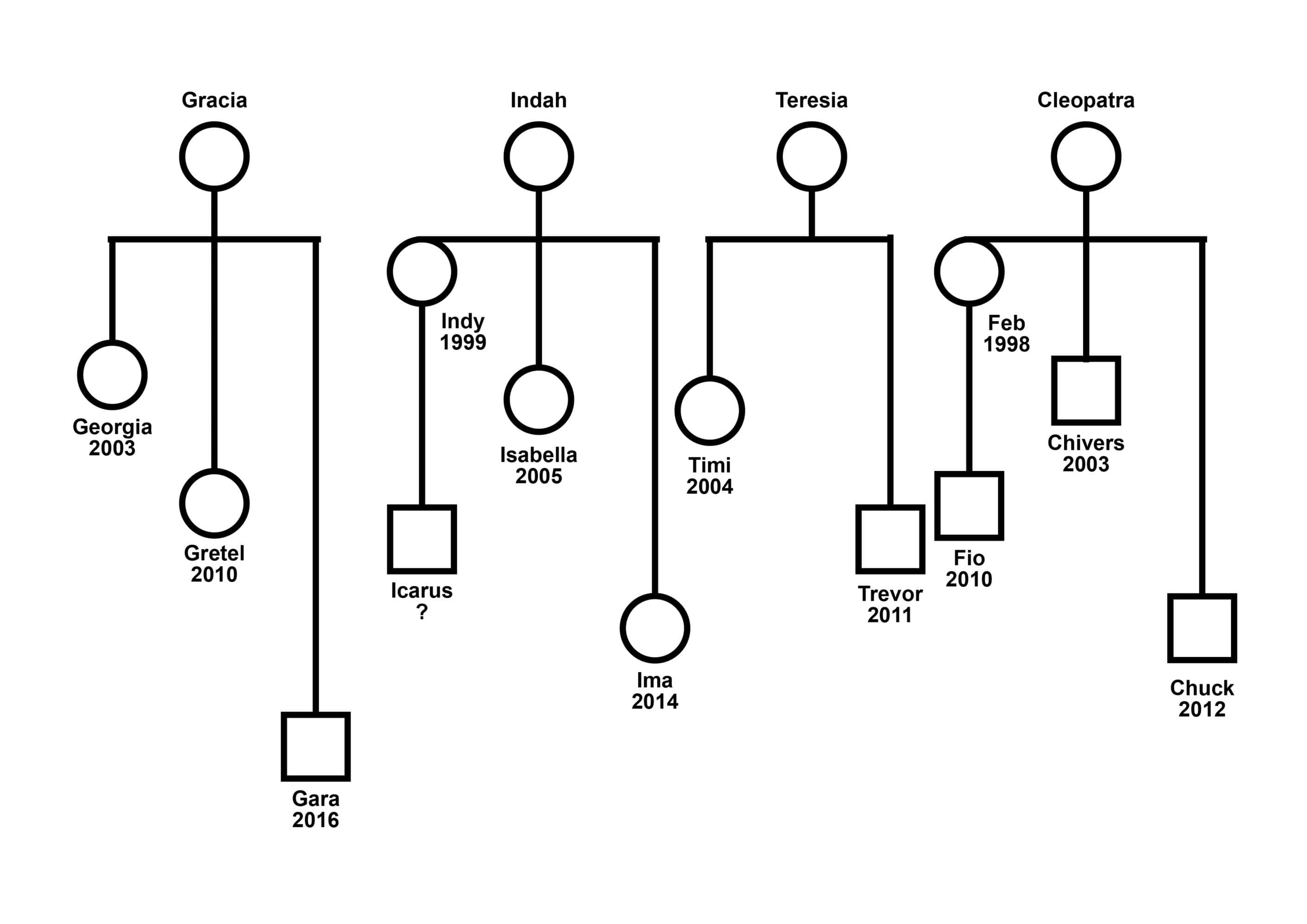 Cleo was the first female orangutan followed by the project in 2003, when she had a new baby called Chivers, and an adolescent daughter, Feb. Her daughter was followed as a young, playful adolescent to a sexually mature adult. In 2010 researchers discovered that she was pregnant, making her the first orangutan to be pregnant and give birth while being observed by the team!!Looking at old notes from 2010, at the time the researchers did not know for certain who the father of Feb’s baby was, but guessed that one candidate was a flanged male called Peter-Pan.  With DNA results we can now confirm that they were right! The researchers also guessed that the baby might be a girl, but they were wrong with that one! He is a boy called Fio. Today, he is just over 7 years old and is close to becoming independent! His grandma, Cleo, now has another son, chuck, Fio’s uncle!

We are eagerly awaiting the arrival of Feb’s new baby! We are predicting the arrival date around Christmas time, but she is a wild orangutan and we can’t be sure of when exactly she conceived. We cant wait for this lovely family to keep growing.

Indah was also one of the first orangutans to be followed by the OuTrop team. Now, she’s a grandmother! Her oldest daughter, Indy, has a very cheeky son called Icarus. Indy has been followed since she was a young juvenile, still dependent on her mother Indah. The Orangutan Project has followed her throughout her transition from juvenile towards independence, mating for the first time, becoming a new mother to Icarus in 2012 and learning the dos and don’ts of motherhood. She has done a good job, and Icarus is becoming more and more independent, beginning to move farther away from his mother and nurse and cling to her less. Indah’s second child is called Isabella. She is independent now but still likes to visit her mother occasionally and hang out close by, trying to play with her 3-year-old baby sister, Ima.

Another one of the orangutan families, who call the Sabangau forest home is the G-family! Gracia is an experienced mother, recently having given birth to a baby boy, called Gara. Georgia is Gracia’s oldest daughter and has been followed almost her entire life, so she is very comfortable with being observed by researchers. Her face is very distinctive as she still has patches of pink around her eyes and her cheeks, like younger orangutans often do! Over the past year, we have probably observed Georgia as the most social orangutan, often found together with some of the other orangutans here. We love having her around, but some of the older females here are not too thrilled to have Georgia nearby and actively chase her away. Her younger sister is called Gretel, and she is extremely entertaining to follow! Because of her age, she can still be very playful at times and still tries to stick quite close to Gracia and Gara, and even play with the baby when she gets a chance.

We first got to know Teresia when she was followed in 2004, with her infant at the time, Timi. Timi is a female but originally researchers misidentified her as a male, and named ‘him’ Tim! In the past 13 years, Timi has grown into a young independent female, easily identifiable by her spikey Mohawk-esque hair. She roams her own home range now but does overlap with her mother and she is regularly found visiting her mother and younger brother, Trevor. Trevor was first spotted with Teresia in late 2011, and as he approaches 6 years old will keep depending on his mum for food and travel for another few years.