A call from the wild: Studying long calls in male Bornean and Sumatran orangutans

James Askew, a PhD student from the University of Southern California, has spent the past two years trying to understand the long call of the male orangutan. He recently arrived in the Sabangau Forest for his final field season. Here he shares his story.

For the past two years I’ve been lucky enough to study orangutans at three different locations across Indonesia. Two sites in Sumatra and now it’s great to be working in Sabangau, my final field site! Studying on both islands has been a fantastic experience, and has given me a unique insight into the differences between the two species of orangutan, and, unfortunately, the anthropogenic threats to the islands’ spectacular rainforests. 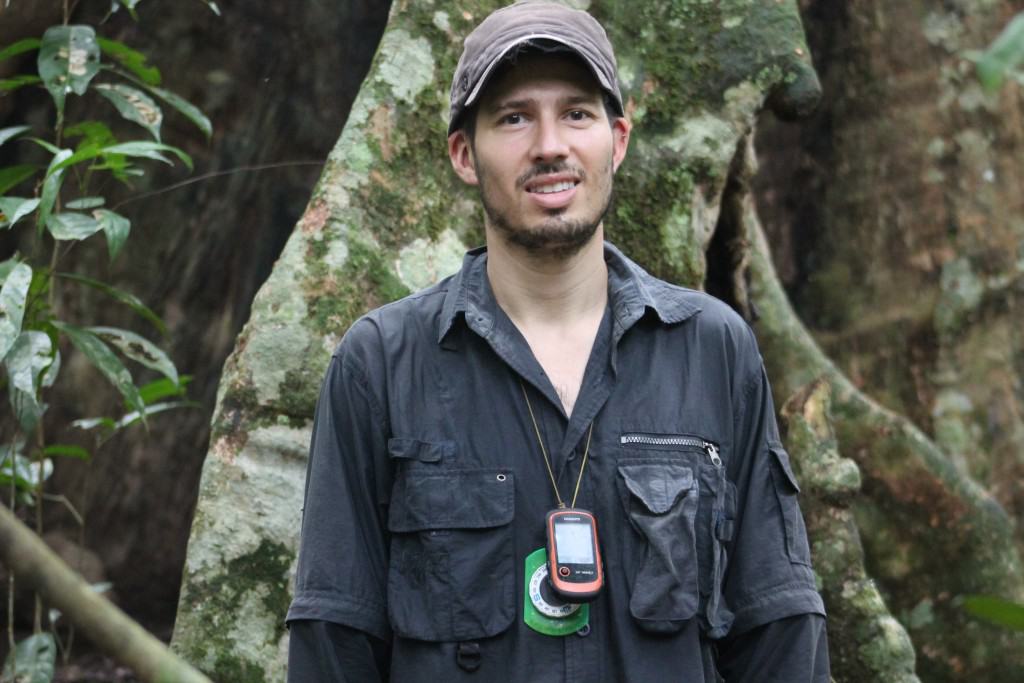 My research is focused on the function and geographic variation in the orangutan long call. A loud, long-distance vocalisation that can travel up to a kilometre depending on the weather conditions and topography. It’s typically produced by flanged-males, which use their fatty cheek pads and throat sacs, like a bullhorn, to amplify and direct the call. These guys are big, weighing as much as 115kg! So, watching a large individual pull himself up high into the branches before unleashing his call in a minutes-long, violent display of branch shaking is one of the most impressive things I’ve ever seen!

While studying one specific vocalisation may seem like a very narrow research topic, adult orangutans rarely come into contact with another, but they still maintain social and reproductive relationships, the long call plays a vital role in orangutan society. By identifying its function and relating it to the differences in socio-ecology, my aim is to provide a better understanding of orangutan social structure and mating strategies. Orangutans, like humans, are incredibly flexible in their behaviour, maintaining different social structures and mating systems depending on the habitat in which they live and the demographics of the population. As a result, my study is going to compare three different sites, each with their own distinct characteristics and populations of orangutans.

In Sumatra, I was first based at Sikundur research station, a new site in the low-productivity eastern lowlands of the Leuser Ecosystem. Previous research on Sumatran orangutans (Pongo abelii) has only really focused on high-density, high-productivity sites, with lots of social behaviour between the animals, so it was a great opportunity to tackle some new questions about the species’ strategies to live in different habitats. Next, I moved up to the beautiful, remote field station at Batang Toru, the only population of high altitude orangutans currently being studied. This population is extra-special, because in addition to living at around 1km above sea level, they’re also genetically unique. Batang Toru females’ DNA is actually closer to Bornean orangutans (Pongo pygmaeus) than to other Sumatran populations! Is this a new species or a hybrid? My research, collecting vocalisations, can help answer this question.

Finally, I’m back in Kalimantan, sloshing around the same peat-swamp where I first met orangutans 6 years ago! Sabangau makes a perfect comparison site for the other locations as the orangutan densities are very similar, and it is a former logging concession, like Sikundur, that has been allowed to recover thanks to the efforts of OuTrop with their local partners CIMTROP.

Some of the behaviour has also been pretty similar! The orangutans at all three sites have fairly similar activity budgets (the amount of time the animals spend: feeding, resting and travelling), though the foods that they eat are very different, reflecting the differences in plant species between the islands. But, we can tell the difference between the three populations. The Sumatran species are much more orange, with longer hair, and tend to stay high up in the trees (supposedly, to avoid getting eaten by tigers). The Bornean species on the other hand are more red, the males seem to be larger, and both sexes spend a relatively large amount of time on the ground; eating termites, plants and travelling through the dense undergrowth. They’re a bit more difficult to follow as a result, orangutans are actually surprisingly quiet when they’re on the forest floor and, if you get too close to a flanged male, he’ll probably turn around and charge! Note: if this happens, don’t run away. Sit on the floor, don’t make eye contact, and (pretend to) eat leaves, just like a submissive orangutan.

It’s been an amazing experience encountering these amazing apes, and I have to thank all the fantastic researchers and field assistants I’ve been lucky enough to work with on both islands. Terima kasih banyak.

Check out more stories by James Askew on his Scientific American blog here.