Meet Eka: A Scientist Who Became a Game Character! 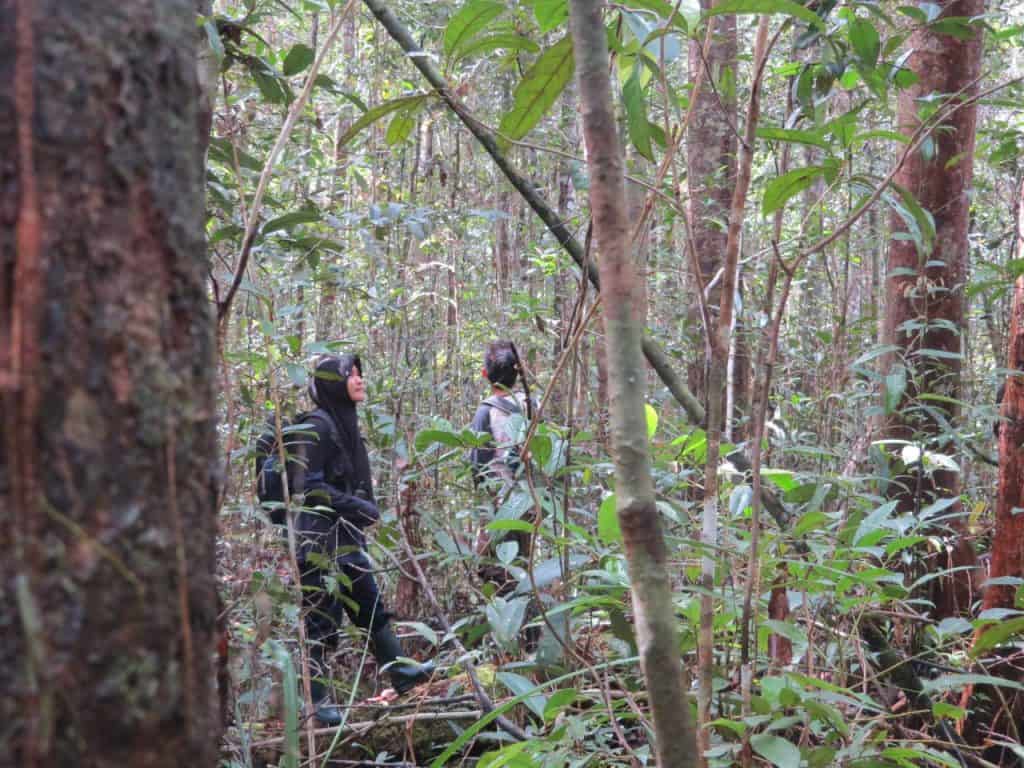 I grew up in the city, an introverted young girl far away from mountains and forest. But, I chose Biology as a major for my undergraduate degree. Sometimes life is difficult at university. Far away from home and exploring new surroundings. I didn’t know what I wanted to do afterwards, and games were always my escape until I graduated. It brought me to a new community where I could express my different interests.

After I graduated, I went straight from one forest to another for a few years, living and working in research camps. Exploring the beauty of Indonesia through different forest types, and studying orangutans, macaques, red langurs and gibbons.

Eka was studying red langurs and gibbons in the Natural Laboratory of Peat-swamp Forest (LAHG), a special zone within the Sebangau National Park since 2018

After some time, walking in the forest and talking to the primates was my escape. Sometimes it’s difficult to express my passion and tell my friends how exciting it is to work in the forest, spending my days with these beautiful animals.

When I was working with Borneo Nature Foundation in 2018, a team from the Internet of Elephants arrived in Sebangau National Park to visit BNF’s projects for inspiration for a new wildlife conservation mobile game. So, I took them to the forest to meet Chilli (a young gibbon living in Sebangau) and explained his very unique behaviours.

One evening back at base camp, the Internet of Elephants’ team showed me one of their online games, I was so intrigued and very excited for the new game that they were developing.

Imagine, when they told me that it’s possible that I will be a feature in the game! At that time, I thought of it as a joke, because during our casual chat I had mentioned that it’s always been a dream of mine to be a character in a computer game. But, imagine when a few months later they emailed and asked what name I want to use for my character and what kind of personality I wanted my character to have (I even have a personality in the game), I was shocked!!

Last year, I watched the trailer of Wildeverse. I never imagined it would be so quick! Wildeverse taught me that we can use the research other than for only scientific papers, and there are other ways to spread conservation awareness. As a scientist who works in the forest most of the time, through this game I can finally bring the excitement of fieldwork and the cuteness of primates to my friends, especially people who have never set foot in the rainforest.

Wildeverse is very special for me and my team because they use some of the discoveries we have made in the peat-swamp forest. It has our memories of Chilli the gibbon and Fio the orangutan, even when I might be far away from them.

I hope Wildeverse will spark the curiosity of people who are never been exposed to conservation and will initiate more games using real conservation stories. Please support Internet of Elephants by downloading and playing Wildeverse, and bring the experience of being a wildlife scientist to your home!

Enjoy the game and get ready to #EnterTheWildeverse!