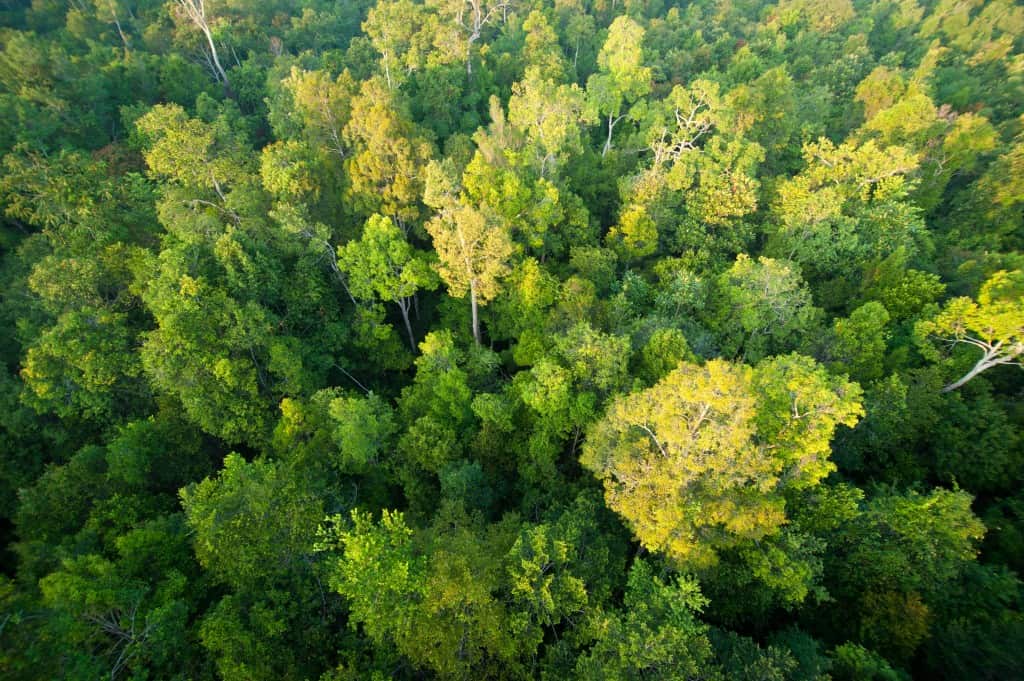 Central Kalimantan is among many nature-rich provinces in Indonesia that witness devastating forest fires for years putting many lives at serious risk. Why and how did these fires occur? As many studies have investigated, the problem roots in the practice of massive forest clearance known as ‘slash and burn’ that is considered as the cheapest and economically efficient ways to open lands for the plantation or any related agriculture businesses. Neglecting the effects, it ends up in the long-term and endless threat of giant flame that occurs annually.

Such not-nature-friendly activities leave the deep wound to the majestic forests of Borneo, the homes for remarkable yet vanishing Dayak tribes. These indigenous peoples are worst impacted by such economic-driven motives. They lost their forest ‘homes’ where they preserve the values of their traditions, wisdoms, cultures, languages, and most importantly the source of life.

As the source of life, forest plays vital role for Dayak tribes. Likewise, these native Bornean tribes also have strong connection to nature. They live side by side with the forest, protect it as if it’s their homes, and carry out land farming in the forests. Being close to the nature, we could learn that Dayak communities may best illustrate nature-friendly farming practices.

Having intimate connection to nature, Dayak tribes have developed the farming system that prevents the forests from being overthrown. The traditional knowledge they hold up throughout generations allows them to approach the nature without even leaving it hurt. For instance, before opening the lands for farming in the forests, Dayak peoples should follow certain guidances as outlined by the customary laws. These customary laws teach them not to see the forests as the assets to earn the money from rather a house that later will be passed to future generations. Therefore, keeping it safe is the soul of the customary laws.

Dayak peoples classify the forest areas based on their vegetations, they are more focused on the diverse plants to grow rather than the productivity of one or two financially potential plant(s). Additionally, they also plant the trees that grow higher and later serve as the canopies of the forest that contribute to nutrient cycling and provide habitat like plants and wildlife. Such illusttration should be enough to tackle misleading assumption these days that frame the indigenous tribes to have contributed to forest fires and nature destructions!

This wise approach to forest is inseparable from the holistic view toward the nature that exists in the minds of Dayak tribes. The minds that were born from the ancestral myth that lead them to believe the existence of ‘other’ invisible creatures in the forests. The spirits that live inside the sacred trees and animals flying high in the air or swimming in the holy rivers.

During an interview with Basir (the priest of) Ngaju Dayak at Balai Basara Palangka Raya in early June, there seems to be a shared or common belief among Dayak tribes towards the myth of the holy spirits that protect the forest. The priest explains that the existence of this myth in Dayak minds helps them respect the nature and the forest as their homes. He further states that there is no ritual in Ngaju Dayak which is separable to nature. “The ritual provides good model of conservation which is barely exposed” he added.

In Ngaju Dayak, a sacred forest is named Pukung Pahewan. It is the protected and sacred forest area of this native tribe of Central Kalimantan. In the past, each village of Dayak in the Central Kalimantan regions were urged to have this sacred forest. Let’s say that there are five areas of the forests owned by one village, one should be the Pukung Pahewan, while other areas could be farmed. The Pukung Pahewan area helps support the life animals in the forests. Normally, Pukung Pahewan is characterized by the big trees, rivers, and a sacred small house inherited from the Dayak ancestor named Pasah Petahu that peoples belive it is inhabited by the holy spirits. The tribe believe that entering Pukung Pahewan without any ritual will bring harm to their lives. Unconsciously, this will keep people away and leave the area untouched. The animals that seek foods in the area will not be disturbed. The stories of their ancestral spirtis that protect Pukung Pahewan are passed to the future generations making them believe that this forest is sacred and they as the descendant of their ancestral spirits should also protect the forest.

The above story best describes how forest and Dayak tribe is inseparable as they share mutual connections. The forest is viewed to have spiritual aspect in the life of indigenous tribe of Dayak. By looking at this, we should realize that such intimate relation plays important role in sustaining biodiversity of the forest. Sadly, most of the people are unaware of this, they neglect that the local knowledge and wisdoms are key indicators for sustainable forest management.

In this World Rainforest Day, we hope that this story could inspire you, us, and stakeholders to support indigenous tribes’ rights over their forest ‘homes’. The dying forest could affect their lives, losing the forest translates to losing the values of their local wisdom.

PrevPreviousBring the rainforest into a classroom through education
NextLetters from penpals: the children of Sebangau finally receive reply letters from AustraliaNext