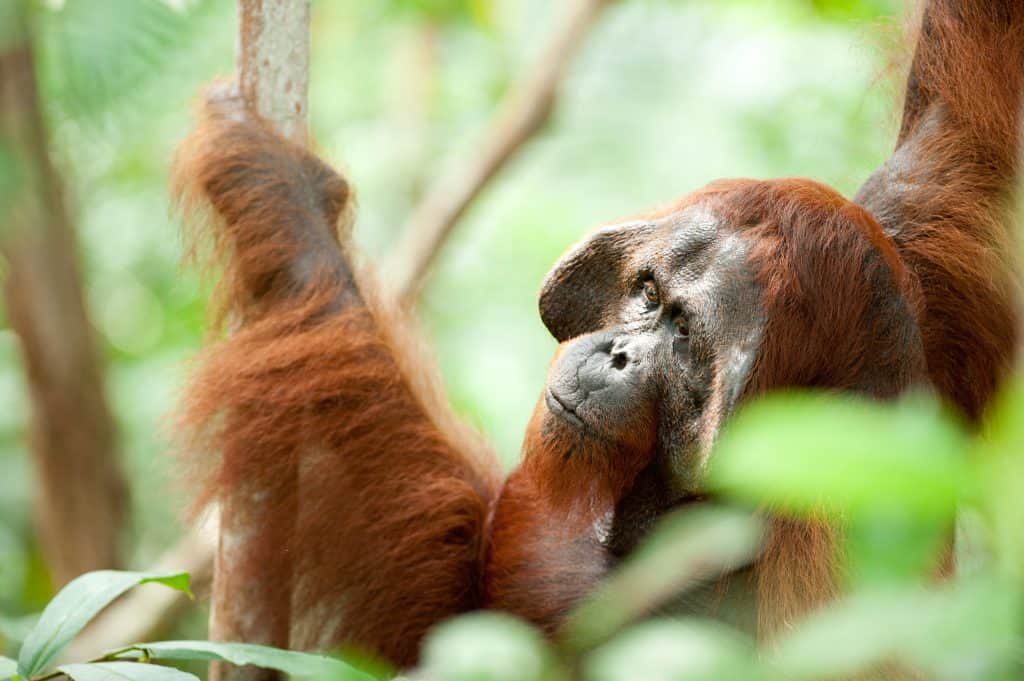 August 19th, it’s that time of year again – yes, International Orangutan Day is upon us!

Today is all about showing support for our hairy orange cousins and taking action to protect these incredible animals in the wild. To get in the spirit of things, let’s go over a few reasons why orangutans are one of the coolest creatures around:

There are actually three species of orangutan

The Bornean orangutan, the Sumatran orangutan and the recently described Tapanuli orangutan (also found in Sumatra).

So how do I tell them apart?

With difficulty! The Tapanuli orangutan was only identified as a distinct species from the Sumatran orangutan in 2017, following years of detailed genetic analysis. However, when it comes to the Bornean and Sumatran orangutans, the differences are much more clear-cut.

The easiest way to distinguish Bornean orangutans from their Sumatran counterparts is by their fur, which is darker and more reddish in colour. The cheek flanges of male Bornean orangutans are fattier and protrude at the sides, in contrast with Sumatran orangutans’ more rounded, dish-shaped faces. All three species grow to roughly the same height, but Bornean orangutans have a stockier build, making them the third heaviest primate and the largest arboreal (tree-dwelling) animal on Earth.

Every orangutan is different

Species-level differences aside, individual orangutans can look pretty similar to the untrained eye, especially within the same age and sex class. However, just like humans, each orangutan has its own distinct set of characteristics that we can identify them by.

Before starting behavioural data collection in the field, primate scientists must take time to get to know their study animals. This often involves a lot of careful observation and memorising unique appearance-cues, such as scars, body size and colouration. With enough practice, and keeping these distinguishing features in mind, orangutans aren’t really much harder to tell apart than people—except for when they’re 20 metres high in the forest canopy, that is!

As one of our closest living relatives, it should come as no surprise that orangutans also have distinct personalities. For example, Icarus, a young male, is cheeky and full of energy. Totally unfazed by the presence of our researchers, Icarus has even been known to sneak down from the trees and steal their equipment! Meanwhile, Teresia, an older female, is incredibly anti-social and withdraws into the forest at the first sign of company. Some orangutans prefer to stay up late, whereas others, like this adolescent male, Fio, go to bed super early. Lazy teenagers: yet another thing we have in common with orangutans!

As adults, orangutans are typically solitary animals. However, orangutans remain dependent on their mothers for around 7 to 8 years, during which time the mother will not give birth again. Why do young orangutans stick around for so long? Well, just like human children, it takes them a while to learn all the skills they’ll need to survive.

For the first two years of their life, orangutans are totally reliant on their mothers for food and to move around the forest. As they get older, young orangutans are gradually weaned off their mother’s milk and start learning to forage and process their own food. Orangutans pass down a variety of skills and knowledge down to their offspring, and putting these teachings into practice can take years to master. Speaking of which…

We normally think of culture in terms of the arts or behavioural norms and how these vary between human societies. However, a surprising number of animal species exhibit culture, which is defined simply as a “behaviour that is transmitted repeatedly through social or observational learning to become a population-level characteristic.” This includes tool use, feeding behaviours, and vocal and gestural communication – basically, any behaviours performed by members of one community and not by those of another, where those behaviours could also potentially occur.

BNF’s scientists have been observing wild Bornean orangutans in the Sebangau National Park since 2003, collecting over 20,000 hours of behavioural data. Some orangutans in the national park have been observed to self-medicate using a plant called Dracaena cantleyi, chewing up its leaves and rubbing the resulting soapy lather on their skin to treat achy muscles. This behaviour is unique to the orangutans of Sebangau National Park and a clear example of non-human culture. Amazingly, the local indigenous communities also use D. cantleyi as a remedy for joint pain and even process it in a similar way. So did orangutans learn from watching people, or did people learn from watching orangutans? Impossible to say!

Now we understand why orangutans are so special, what are the threats? 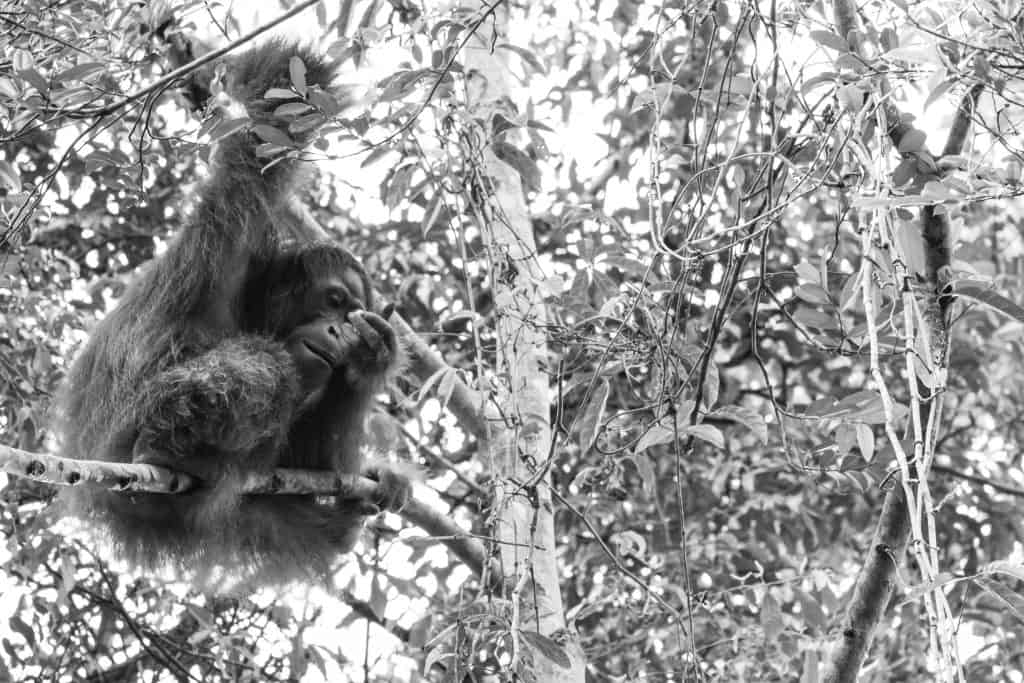 All three species of orangutan are Critically Endangered due to habitat loss throughout their ranges, which is further compounded by climate change and a lack of public awareness. To illustrate the scale of these threats, the global population of Bornean orangutans is expected to decline from an estimated 104,700 in 2004 to just 47,000 by 2025.

The island of Borneo hosts some of the largest remaining areas of tropical rainforest in the world, but is also subject to one of the highest rates of deforestation. Protecting these large tracts of forest is vital to conserve Borneo’s iconic and endangered wildlife, including the charismatic Bornean orangutan.

How can you celebrate International Orangutan Day?

We hope you enjoyed reading about some of our closest wild relatives and are inspired to take action this International Orangutan Day!