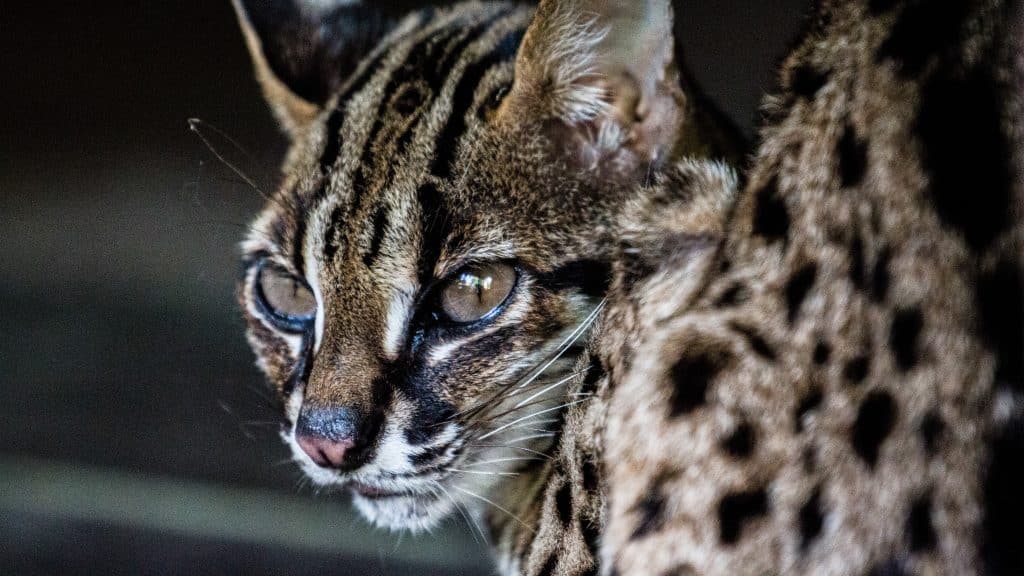 All five of these species face a range of threats, including forest fires, poaching, and habitat loss due to human encroachment. Despite their protected status in Indonesia, our understanding of Borneo’s wild cats is limited and more research is needed to develop a successful conservation strategy. One way to go about this is by using camera traps.


Did you know about this wild cat, a protected species in Kalimantan?

The sunda leopard cat can be found across Indonesia. Let’s check out some more facts about this fascinating species!

According to the guidebook for the identification of protected wildlife species (Mammalia) published by the Ministry of Environment and Forestry (KLHK) and the Indonesian Institute of Sciences (LIPI), the distribution areas include Sumatra, Kalimantan, Java and Bali. Commonly found in lowland and hills area.

According to the Guidebook for the Identification of Protected Wild Animals (Mammalia), published by the Ministry of Environment and Forestry (KLHK) and the Indonesian Institute of Sciences (LIPI), sunda leopard cats have the following physical characteristics:

Still from the guidebook for the identification of protected wildlife species (Mammalia) published by KLHK and LIPI, sunda leopard cats have the following physical characteristics:

The sunda leopard cat is a key predator in maintaining the balance of small prey populations, including several pest species.

Since 2014, sunda leopard cats have been categorized as Least Concern (LC) by the International Union for Conservation of Nature (IUCN) Red List of Threatened Species. Despite its reassuring conservation status, the leopard cat fulfills an important ecological role, warranting further study and protection.

Take Action Do you want to support the conservation of this Kalimantan’s wild cat through research activities carried out by the Central Kalimantan Conservation and Natural Resources Center (BKSDA) with BNF Indonesia? Donate today through our Cameras for Cats campaign and become a #WildCatWarrior!