Introducing the 5 wild cats of Kalimantan 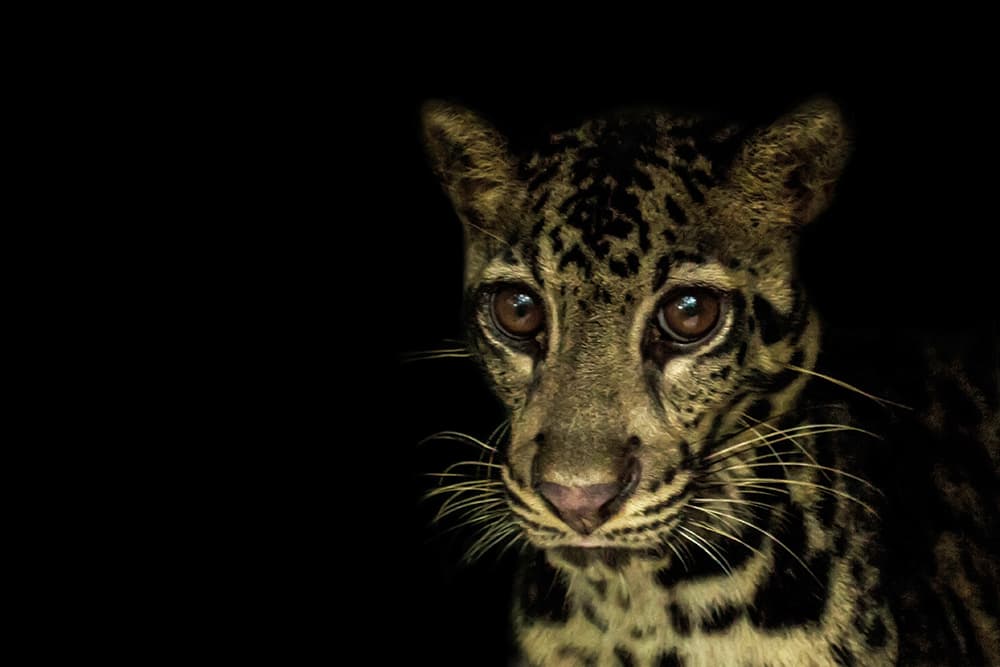 As you might have read over the last few weeks, Borneo is home to five species of wild cat: the bay cat, Sundra clouded leopard, marbled cat, Sunda leopard cat and flat-headed cat. However, with the possible exception of clouded leopards, none of these species have received much conservation attention.

Well, that’s something we’re hoping to change! Introducing the five cats of Borneo, all present in Kalimantan…

First up, we have the bay cat, a Borneo endemic, found nowhere else on Earth. Bay cats are characterised by their chestnut-coloured fur, elongated tail, and small head relative to their body size. The bay cat is listed as Endangered by the IUCN and it’s thought that the total population of mature individuals only numbers around 2,500.

Research suggests these cats occur at low densities, even in pristine habitats. This, along with their nocturnal habits and extreme elusiveness, means they are rarely seen, which presents an issue for developing and implementing conservation plans on the ground. Since encounters are so uncommon, bay cats are regarded by some as the ‘holy grail’ of wild cat sightings.

Very little is known about their feeding ecology and reproductive behaviour, and no bay cats have ever been successfully kept in captivity. Bay cats appear to be forest-dependent, restricted to natural and semi-natural forest cover, although they have been detected across a range of habitat types. A single bay cat was captured by one of our camera traps during early surveys of the Rungan landscape between 2016 and 2018, over which time we confirmed the presence of all five of Borneo’s cat species living within the same habitat.

Sunda leopard cats are slighter than domestic cats, with rounded ears and a short muzzle. Their distinctive spotted pelt makes them desirable in the illegal fur and pet trades, and poaching poses a very real threat to wild populations. Moreover, although leopard cats have been observed using a variety of habitats, including palm oil plantations and heavily degraded forests, they are not immune to the effects of habitat loss and fragmentation. While the leopard cat is regarded as Least Concern by the IUCN Red List, the conservation status of the Sunda leopard cat has yet to be determined (but we’re working on it!)

Did you know that there are actually two species of clouded leopard? Much like the small leopard cats of Borneo, clouded leopards here are named for the Sundaland islands they inhabit. Slightly smaller and darker than its mainland cousin, the Sunda clouded leopard is classified as Vulnerable by the IUCN Red List.

Clouded leopards are the smallest of the “big cats” or considered by some to be the largest “small cat”. Regardless of how you look at it, these felines are the largest predators on Borneo, preying on monkeys, gibbons, deer and bearded pigs. Sunda clouded leopards hunt by stalking prey from the trees and leaping to the ground in ambush, earning the local name in Indonesian macan dahan, meaning ‘tree tiger’.

Clouded leopards occur in most forested areas of Borneo, from the coastal fringes to the island’s montane heartland; however, their preferred habitat is within Borneo’s dense lowland forests, where most animal species are found. Due to their hunting practices and semi-arboreal nature, clouded leopards are highly dependent on forest cover and sensitive to human encroachment.

The marbled cat is a small wild cat, found across the eastern Himalayas all the way down to Southeast Asia. Their back and sides are coated with black stripes and dark splotches that lend a ‘marbled’ appearance, hence the name. These felids have unusually large canine teeth, mirroring those of the big cats, and a long, thick tail adapted for balance in the trees.

Marbled cats have been detected across all three of BNF’s research sites, ranging from the peat swamp forests of Sebangau National Park to Rungan’s lowland dipterocarp forest and the high elevation forests of Barito Ulu. Camera traps have picked up marbled cats in degraded and recently-logged areas, but they are not known to use land converted for plantation agriculture. Marbled cats appear to be chiefly active during the daytime, and their diet likely consists of small rodents, squirrels and birds.

The marbled cat is classified as Near Threatened by the IUCN Red List and its population is severely fragmented. While they are rarely seen in the wildlife trade, marbled cats are prized for their meat, skin and bones, and poaching may be underreported compared with that of other species. Targeted and indiscriminate snaring throughout much of their range represents a significant risk to marbled cat populations, as well as habitat loss.

The flat-headed cat is a small felid with – you guessed it! – a flat head. The species is primarily linked to lowland wetland habitats, areas which are increasingly under threat from drainage and forest clearing. Flat-headed cats are a rusty brown, with mottled white around the muzzle and on the underbelly. Their toes are completely webbed, evolved for the freshwater wetlands in which they live and hunt. Flat-headed cats mainly eat fish and shellfish, but have been known to take down rodents and birds (and even domestic poultry in some instances).

Generally considered rare and occurring at low densities, flat-headed cats have a highly localised distribution around bodies of water. These cats are listed as Endangered by the IUCN Red List due to their limited population size and the ongoing destruction of tropical wetlands. Flat-headed cats are extremely rare in captivity, with only a handful of individuals scattered across zoos in Malaysia and Thailand. This makes their conservation in situ even more urgent, as we cannot rely on captive breeding to supplement wild populations.

Prior to the launch of the Kalimantan Wild Cat initiative, flat-headed cats had never been targeted by a formal study, so there is not much information available on the species… yet!

To support this exciting new research initiative, DONATE via our Cameras for Cats campaign form and become a #WildCatWarrior. Help us to help Borneo’s five cat species – quickly, before they disappear.