Meet the Orangutans, Georgia and Gus 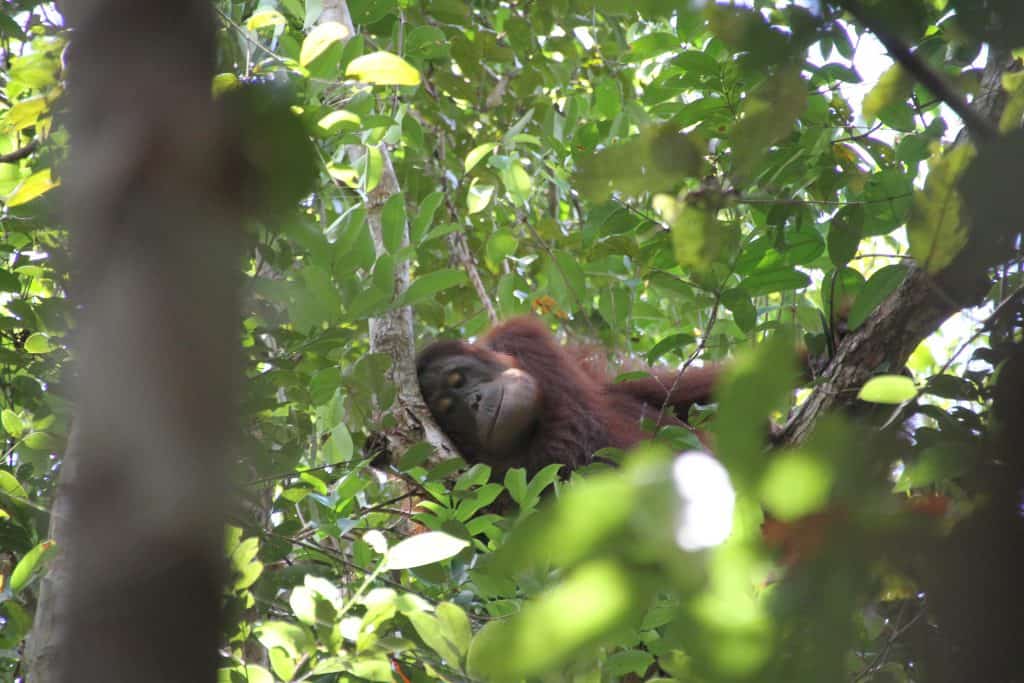 One day in March, before the Covid19 pandemic situation happened in Indonesian Borneo, Azis and Jali (two of BNF’s orangutan researchers) trekked through the Natural Laboratory of Peat-swamp Forest (LAHG), a special zone within the Sebangau National Park in search of Gracia and the Kids (wild orangutan). But by late afternoon none of the family could be found, so they decided to return to base camp and try to search for these elusive red apes on another day soon.

Azis arrived back home in his village around 4 pm, only an hour later he received a call from camp.

Before the sun came up, Azis and Jali started their search for the orangutans near camp. It did not take a long time to find the individuals. It was Georgia with her 1-year-old child! The team have not yet been able to see if the youngster is male or female, so this orangutan doesn’t currently have a name, but many other team members call it Gus.

Georgia had built a sleeping nest in a Rambangun (Tetractomia obovata Merrill) tree with a height of 10-15 meters. Rambangun trees are one of the orangutan’s favourite trees for nesting. As well as this species, they also like Bintan/Peter-Peter (Licania splendens), which are often used for nests.

Azis and Jali watched Georgia and Gus in the dark and misty forest. The sound of birds and gibbons singing their beautiful morning songs surrounded them as the forest began to wake up. After Georgia and Gus came out of the nest, Azis and Jali immediately followed their movements towards the west of the camp.

After the 2015 forest fires, many fruiting trees were burnt down reducing food resources in the forest. On the east side of camp, there is little food and the orangutans are now spending more time on the west side. The west has many forest fruits which are favourite foods for orangutans and several other primate species.