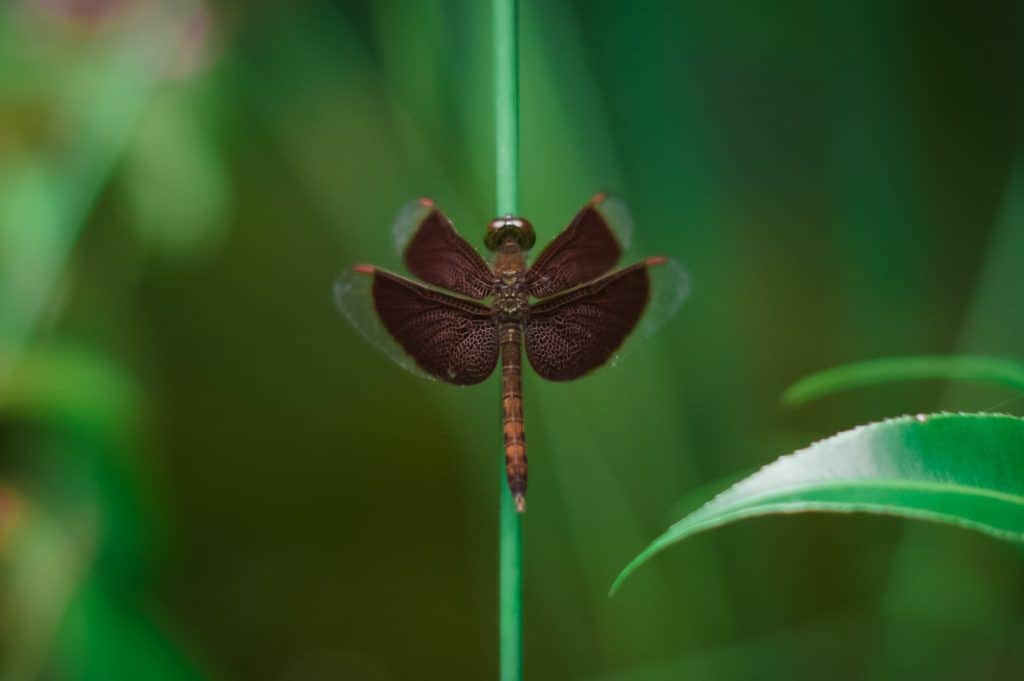 Borneo rainforest: It has always been a dream of mine to witness, experience and live in the beauty of this pristine rainforest. Finally, this dream of mine came true when I got this unique opportunity to conduct a five-month study as part of my bachelor thesis research.

The intricate overlap of each habitat amazed me, as the transitions were so smooth, but yet, each habitat managed to keep its own strong identity. Each transition provided a new environment and experience, which was most prominently reflected in the ever-changing patterns of leaf litter and undergrowth. As the afternoon overtook the morning and the evening the afternoon, so did the energy and activity within the rainforest and myself change, as if we were all interconnected and one.

I was in Borneo during the rainy season and when the rainforest was in masting. This led to an overflow of forest fruits, a variety of tastes new to my tongue. Initially, when I arrived the rainforest appeared quiet and still, overtime however, my accustomed eye was in awe by the diversity of flora and fauna that was to be seen in every stratum.

From the iconic wild orangutan to its fellow tree swingers: macaques and red langurs, to scratch marks of sun bears on trees, to the still and camouflaged snakes resting on leaves and branches, to the slow-moving turtles and slow lorises, to the giant Malayan porcupine that crept its way into camp, to the plethora of colourful dragonflies, damselflies and butterflies, to the bioluminescent mushrooms and flashes of fireflies at night all the way down to a large number of hardworking ants and termites that crawled the ground.

At camp, however, it was more monotonous. Maybe not, I could hear the long call of an orangutan and the cry of an eagle. What an environment to be in, all encapsulated by nothing except sheer beauty.

To wake up to the great call of gibbons, to shower in a stream surrounded only by nature and no walls and to sleep when the night drew in, it was a new experience to be in harmony with the rainforest as opposed to being in control of my surroundings. All these experiences encouraged me to come here, to first experience it for myself and secondly, to do useful research about something I am deeply passionate about – nature and animals and their preservation and conservation.

My research focused on Odonata, and their use as potential bio-indicators in KHDTK for habitat degradation assessments. As this was a novel study, with no prior research on Odonata ever conducted before in Rungan or in a mixed mosaic habitat structure dominated by kerangas, my research largely focused on creating an Odonata database for future research, that is, I assessed Odonata composition, richness, abundance and their distribution.

Despite recent surveys confirming this region to behold a vast diversity of endangered and endemic fauna and flora, this region is threatened to be converted by a suite of factors driven by economic concessions such as agriculture, mining, plantation establishment and logging, with such establishments seen all along the way from Palangkaraya to KHDTK.

For my research, I hypothesized the following:
1. Odonata richness and abundance differs between the different habitat types present in KHDTK
2. Odonata richness and abundance is influenced by biotic and abiotic factors such as canopy cover, surface water cover, temperature and pH of surface water and incident light.
3. Species/community characteristic traits such as length of the body, thorax and hind wing, differ between habitat specific communities.

(Right) Pak Viktor and Jorian Hendriks during one of the Odonata surveys. (Left) Rhyothemis fulgens.

PrevPrevious9 Endangered Species in Rungan Landscape
NextHow does the work of BNF contribute in the context of Covid-19 and future potential disease pandemics?Next