Drones are an increasingly important tool for protecting forests. Equipped with thermal imaging technology, they increase our capacity to detect and map fires, and target fire-fighting efforts. We can use them to monitor orangutan population density and survey biodiversity in otherwise inaccessible forest areas.

In recent years, Professor Serge Wich and his team at Liverpool John Moores University (LJMU) in the UK have identified the many ways in which drones can contribute to conservation. Drones are being used to monitor key species and biodiversity, and assess orangutan population density through aerial nest surveys. They can map the habitat loss and fragmentation which threatens so many species worldwide, and collect data to inform landscape conservation strategies and preserve forest connectivity.

Most recently, the installation of thermal imaging and visual spectrum cameras on “standard” six-propeller drones has significantly increased our capacity to locate and monitor fires. The cameras detect heat, not only on the surface but also the hotspots deep inside the peat which sometimes go undetected by satellite sensors due to the thick smoke generated by the fires.

At a workshop co-hosted by BNF, CIMTROP and LJMU at the University of Palangka Raya, BNF’s drone pilots and key members of the community patrol and fire-fighting teams have been trained in the use of this thermal imaging equipment. They were able to put their new skills to the test during the 2019 fire season while the toxic haze was at its worst.

Our drone operators flew the thermal drones over large areas of burning peatland to pinpoint hotspots and track the movement of the fires. Data collected were relayed directly back to our drone operators, who immediately updated the patrol and fire-fighting teams so they could identify the priority areas for action, target the allocation of resources and stop fires from entering the forest.  In so doing, thermal drones are proving a highly effective tool for saving forest, protecting personnel on the ground and played a vital role in the success of our 2019 fire-fighting campaign.

Drones are integral to our conservation work. We used them to map areas burnt in 2015 to target our restoration effort and monitor dam condition in Sebangau National Park. The data we have collected on habitat type distribution across Rungan are informing our conservation strategy for the landscape. We will use drones to help us identify priority sites for conservation in the Heart of Borneo.

We are testing the use of drones to count orangutan nests to assess population density, distribution and trends in peat-swamp and heath habitats, comparing drone counts with ground survey data collected at the same time. This has huge potential to extend our surveys into remote areas of forest never studied before.

Drones are a great way to engage communities in conservation. We use visually stunning drone images and videos to support our outreach and education activities, and strengthen awareness raising and impact across local, national and international media.

Developing drone technology is important to support our conservation works.
Help us to maximise the use of this technology!

Borneo Nature Foundation (BNF) together with UPT LLG CIMTROP (Center For International Cooperation In Sustainable Management of Tropical Peatland) and Liverpool John Moores University are utilising "drone" technology to mitigate fires in peatlands. "We are currently conducting ongoing research on the use of 'thermal drones'...
Read more 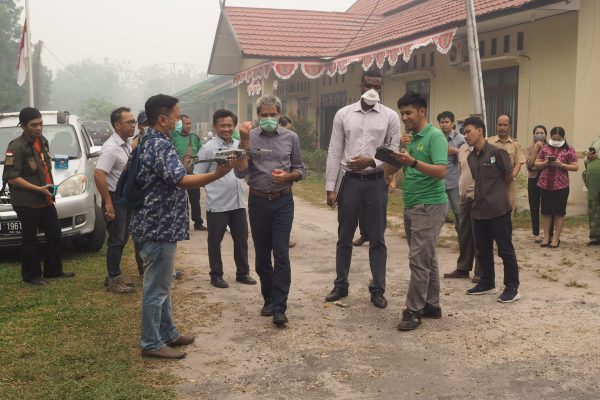 Land and forest fires in Kalimantan are getting worse every day. Even though there have been several showers of rain in Palangka Raya over the last few days, an air quality index (AQI) reading of 1,017 was recorded on the morning of 27th September. This...
Read more 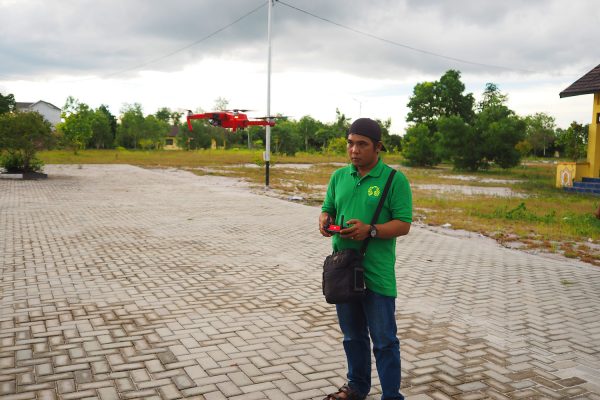 It was cloudy when the BNF Team arrived in the village of Sabaru near the Sebangau National Park, on Monday 26 March 2018. There we saw 13 people already waiting for us. The people are from the Center for International Cooperation in Sustainable Management of...
Read more
Sign up to our monthly newsletter and get updates on our activities.