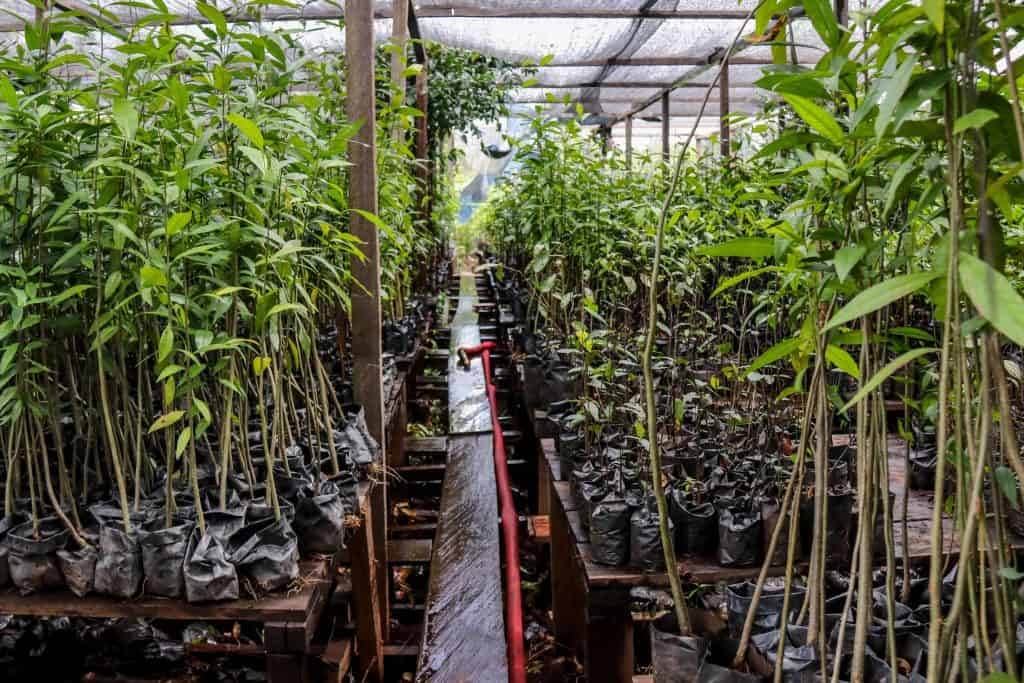 The forest fires in 2019 had a significant impact on the Natural Laboratory of Peat-swamp Forest (LAHG), a special zone within the Sebangau National Park, Central Kalimantan. This was the second major fire event in the last five years, following the disastrous fires in 2015. As a result of the two big fires, hundreds of thousands of hectares of forest, in one of the largest peat forest areas in Kalimantan, were burned down.

One particular area that burned in the LAHG was the Ruslan canal area. The flames almost reached the Center for International Cooperation in Sustainable Management of Tropical Peatland (CIMTROP) camp, which is located in the corner of the LAHG area, a special zone within the Sebangau National Park. Subsequently, Borneo Nature Foundation (BNF) together with Balai Taman Nasional Sebangau (BTNS) and CIMTROP have carried out reforestation activities in these highly affected areas.

The purpose of reforestation is to restore the burned forest to its original condition, restoring ecological functions, and increasing the habitat for biodiversity. BNF has established Community Nurseries (CN) for collecting and growing the seedlings needed for reforestation.

“The 2015 forest fires caused the Ruslan area to burn down. About 50 hectares were burned, leaving only charred plants. Therefore, we must reforest the area. There are 100,000 local plant seedlings, planted two meters apart in this area,” said the BNF Nursery Coordinator, Salahuddin.

In August 2020, BNF just replanted 25,000 local plant seeds in the Ruslan canal area. The seeds were planted by CN Kereng Bangkirai and CN Sabaru, both of which had a target of planting 12,500 seedlings in two weeks.

“We from CN Sabaru were assigned to plant 12,500 seedlings in 15 days. The planting is carried out in the Ruslan canal area, namely on transects 1-16 with a planting depth of 20 cm and a distance of two meters between seedlings,” said CN Sabaru Coordinator Mohammad Yanur.

According to Yanur, there were some obstacles faced when planting seedlings, such as several spots having a quite difficult terrain. Submerged logs and roots can be a pretty dangerous trap if not careful. “It is not uncommon for your feet to slip and get into between the roots, not to mention the 50-60 cm holes in the peat mud. In addition to that, sometimes we also encounter centipedes and stinging insects which are quite dangerous,” he said.

During the reforestation program, the plants had a 75-90% success rate, but there were several threats that often hindered the seeds growth. For example, weather and wild animals can destroy the seeds. Wild boar in particular are a common threat to seedlings because they like to eat plant shoots.

“We all hope that these plants can all grow well and return to greening the forest that was burned before. If the dense forest returns, the animals will come back and the environment will be healthier for our future,” he concluded.