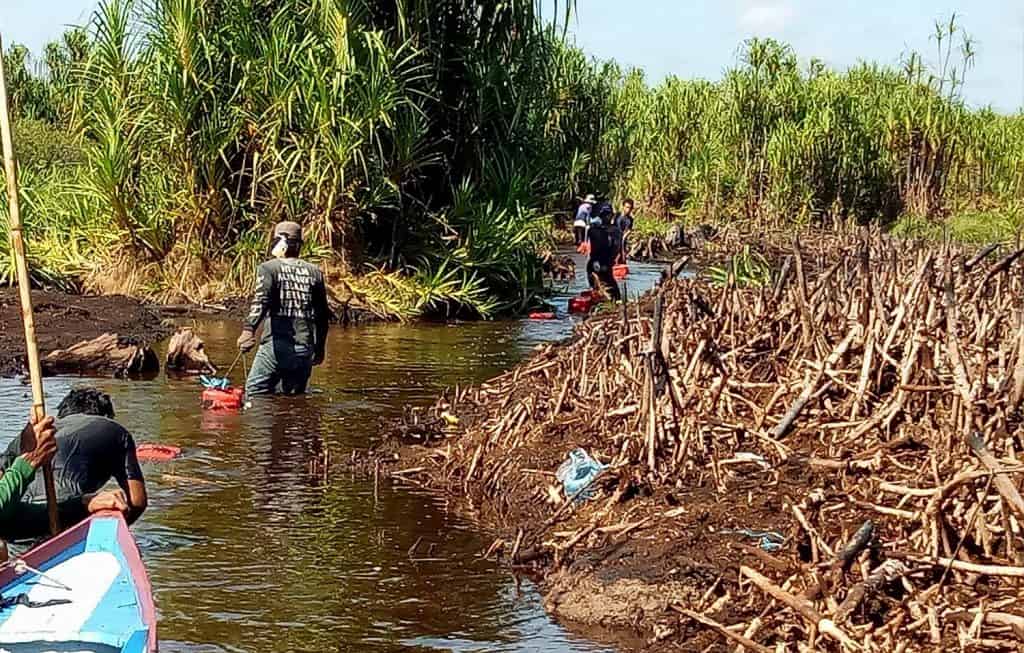 The dry season in Central Kalimantan has begun and the water levels in the forest continue to drop. We are now working to prevent fires in Sabangau Forest, so we do not see a repeat of the 2015 fires that destroyed forests and land across Borneo.

About 5,000 hectares of the Sabangau Forest were lost during the fires in 2015. Many people think the main cause of the fires is palm oil plantations. This may be true in other parts of Borneo, but the cause of the fires are different in the Sabangau Forest. The main cause of fires in Sabangau are the man-made canals, which were used to transport timber out of the forest before illegal logging was stopped in 2004. The canals now drain and dry out the peatland, so fires can easily ignite. The El Niño phenomenon in 2015 caused a very long drought and fires in remote areas of the Sabangau Forest were extremely different, and in some areas impossible, to stop.

The Borneo Nature Foundation is currently undertaking a conservation programme aimed at restoring hydrological conditions in the Sabangau Forest to prevent fires in the future. The work undertaken is the construction of dams to block the canals, reforestation and community empowerment to establish local firefighting teams to extinguish forest fires.

Since the beginning of 2017, the BNF Conservation Team has completed the construction of 108 dams in 5 canals. The target for this year is to build a total of 150 dams in 9 canals. The goal is to finish building these dams before the end of October. Previously there were 521 dams built from 2010 to 2016 so this year has been a very productive year for dam-building.

The process of transporting wood and other dam-building materials in the forest during August is slightly problematic because the water in the canals has dropped dramatically. The Conservation Team has to work longer and harder to transport all materials into the forest.
The Conservation Team are not only building dams, but also carrying out a reforestation programme in Sabangau. With the assistance of BNF volunteers, last month the Team have planted 600 seedlings along 6 transects in an area of Sabangau that was burnt in 2015. This month the team will have an expedition to continue this work with a target of planting about 500 seedlings along 5 transects.

In addition, BNF’s Conservation, Education and Communications Teams are preparing to disseminate information with health clinics around the Sabangau Forest about the impact of haze and fire solutions for the community. This activity will be carried out the 7th September.

Borneo Nature Foundation is working hard to restore peat conditions and prevent forest fires occurring in the future. Since 2015 Central Kalimantan has been haze-free due to the La Nina effect that causes high rainfall throughout the year. No one can guarantee that Central Kalimantan will be free from haze or forest fires in 2017 and 2018, and current predictions for next year are a cause for concern. Therefore, we need support to protect the forests in Kalimantan and to be prepared to tackle the huge blazes once again.