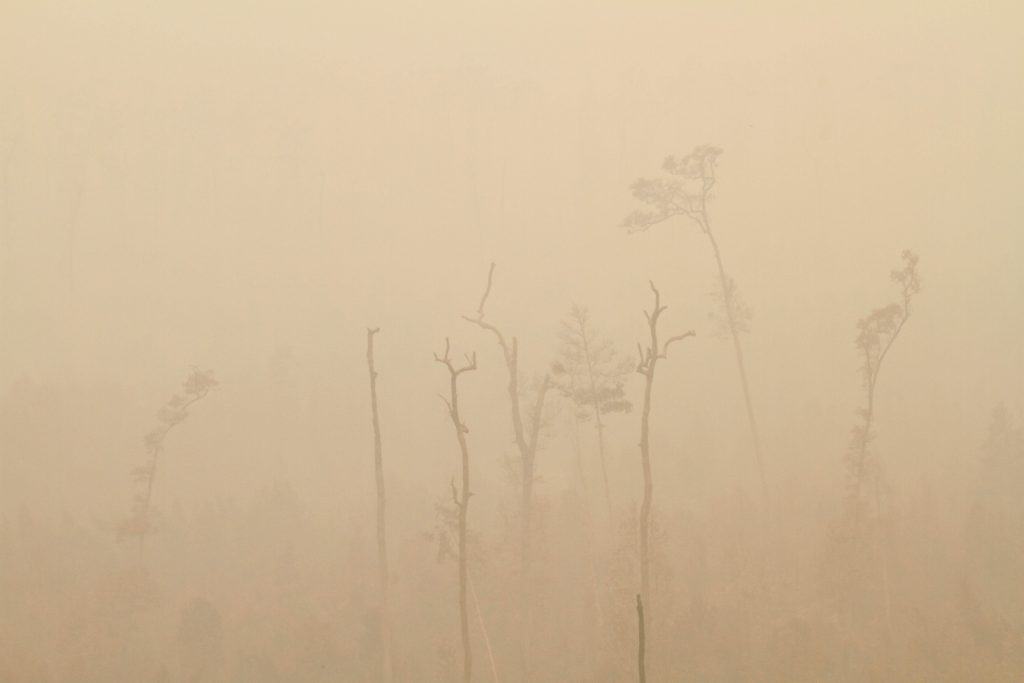 Indonesia has been experiencing devastating forest fires every year where the Indonesian  Borneo, Kalimantan, with its giant peatland forests is one of the worst affected areas in the country with the world’s fourth-largest population. The giant flame is surely not without consequence, the fires engulfing peatland forests spell out the problem leading to the threat and even mortality of the human and wildlife animals.

It’s reported that forest fires may release the toxic smoke that affects the air quality. With prolonged and repeated exposure to this hazardous smoke, human living in the adjacent cities and towns can hardly survive from the respiratory problems, asthma, and even worst, heart attacks leading to deaths. The thick smoky yellow air during the forest fires can cause the limit of the visibility from 5-10 meters ahead. Some reports have shown that half – million people have been affected by the fires.

While some studies have been carried out to observe the impact of the polluted air during forest fires to human, little is done to investigate how the wildlife survive the uncontrolled fires that flare up from the forests. To that end, Wendy M. Erb, Ph.D from Rutgers University collected the behavioural data and urine samples from male Bornean orangutans (Pongo pygmaeus) before, during, and and after the fire strikes in 2015 to find out these red apes’ short- and long-term responses to the El Niño-driven wildfires.

Her particular interest in this research is also emphasized on finding out potential consequences of the smoke from the fires to orangutans. Since these red apes are considered to be an important indicator that reflects the quality of the forest, preserving the forest should also imply protecting them.

Together with a scientist from the University of Exeter, Dr. Erb has long been partnering with Borneo Nature Foundation (BNF) to establish a long-term ecological and ethnographic multidisciplinary research and conservation programme in the Sabangau Forest.

For current research, Dr. Wendy Erb and Tuanan research team carried out the study and collected the samples of adult male orangutans’ urine at the Tuanan research station in Central Kalimantan, Indonesian Borneo. The urine was collected in the morning to check for ketones that appear when orangutans were burning fat. In addition to that, they also observe the activities and their feeding behavior.

Long story short, the finding from the study shows that frequent exposure from the smoke could lead to severe health consequences to orangutans. There seems to be a pattern observed in the changing behaviour of orangutans. They were found to still burn the fat that indicates these red apes tend to increase the energy expenditure. Weeks after the fires, this flagship apes of Borneo were observed to scale down the travel in the forest and consumed more calories.

The finding is interesting since this research somehow indicates similar behavior of orangutans to human when being exposed to the fire smokes. Human tend to increase their energy that leads the weight loss. However, further studies still need to carry out to find this serious link.

“Unfortunately, our research team had to put down our binoculars and pick up fire hoses for a month as the fires encroached into the study area and we worked tirelessly to protect the forest and community from the spreading blaze.” Dr. Erb says. She further accepts the possibility of the orangutans’ changing behavior during the peak fire and smoke to which it’s not yet covered in the research.

Apart from this study, very recently, Meteorological, Climatological, and Geophysical Agency (referred to as BMKG) publish Forest Fires Warning System alarming the potential of fire outbreak in a half regions of Kalimantan where the center is mapped in to indicate the strong possibility of the giant flame in Central Kalimantan. This should send us the alert to keep the eyes on surrounding forests to prevent severe forest fires to flare up again. 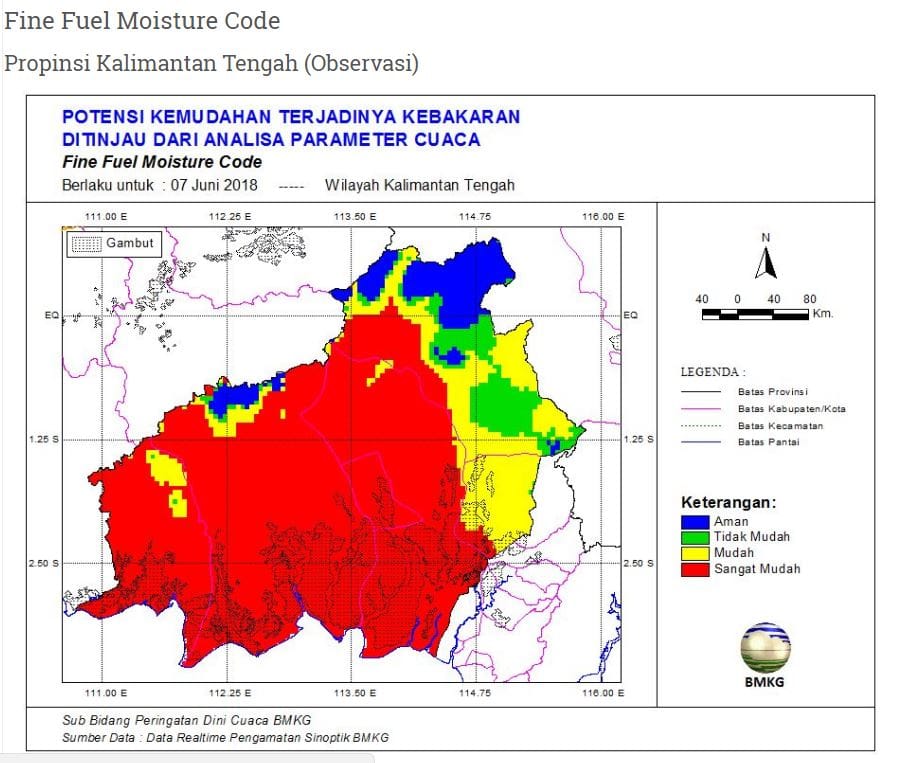 PrevPreviousBNF facilitates the distribution of the Orangutan Caring Scholarship to help raise conservation awareness
NextFrom Workshop to Newsroom: Voicing wildlife and conservation in the Indonesian press and mediaNext