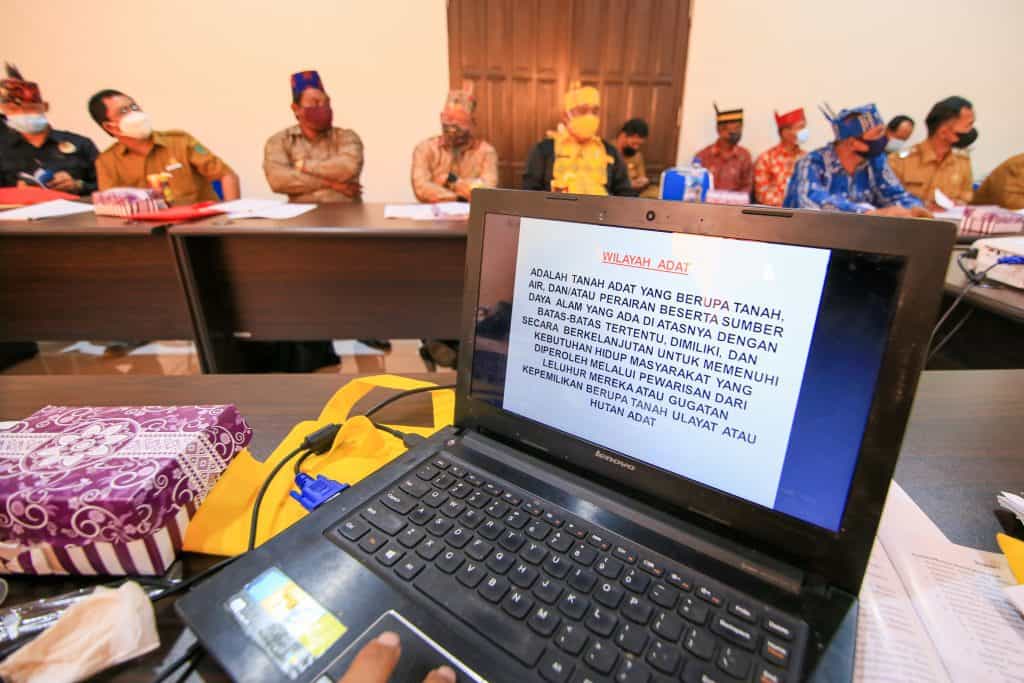 Pulang Pisau, 19 October 2021—the Department of Environment (DLH) of Pulang Pisau Regency, Central Kalimantan, together with the Borneo Nature Foundation (BNF) Indonesia socializes the Procedure for Recognition of Indigenous Law Communities (MHA) at the Pulang Pisau DLH Office Hall, Monday (18/10). /2021). Through this activity, it is hoped that the community will be able to understand the procedures for establishing MHA so that later they will get the legalization of customary forests. 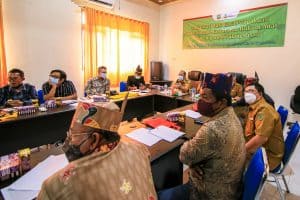 “We carried out the socialization of the book on the procedures for recognizing indigenous peoples because not all districts or cities have issued regional head decisions regarding the recognition of MHA. In this manual, there are implementation instructions for indigenous peoples,” said the Head of the Environmental Capacity Building Section for Central Kalimantan Province, Wilson.

“All elements of the community in Central Kalimantan can form MHA through coordination with the damang and the adat mantir to facilitate them in their respective areas,” he added.

In his remarks, the Regional Secretary of Pulang Pisau Regency, Tony Harisinta said that the MHA in the Minister of Home Affairs Regulation No. 54 of 2014 concerning Guidelines for Recognition and Protection of Indigenous Law Communities Article 1 paragraph (1) states: Indigenous Law Communities are Indonesian citizens who have distinctive characteristics, live in groups in harmony according to their customary law, have ties to ancestral origins and or common places living, there is a strong relationship with land and the environment, as well as the existence of a value system that determines economic, political, social, cultural, legal institutions, and utilizes a certain area for generations.

From this understanding, the existence of the Dayak Customary Law Community in Central Kalimantan has basically been able to fulfill the hereditary elements of living in a certain geographical area called the kedamangan area; have ties to ancestral origins; a strong relationship with the land, territory and natural resources in its customary territory; and the existence of a value system that determines different economic, political, social, and legal institutions. 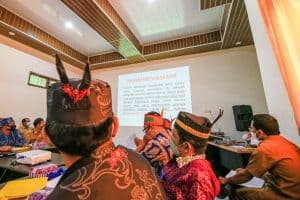 Under current conditions, further recognition and protection of the rights of indigenous peoples is important because it must be recognized that traditional communities of customary law were born and existed long before the Unitary State of the Republic of Indonesia was formed.

“In this regard, the Central Kalimantan Regional Government has issued a policy regarding the recognition of community rights, namely Regional Regulation Number 16 of 2008 concerning Dayak Indigenous Institutions in Central Kalimantan,” he said.

“Expressed and implied in the provisions of the article aim to recognize, respect, and protect the rights of indigenous peoples in Central Kalimantan,” he added.

In the same place, the Chairperson of the Indonesian Borneo Nature Foundation, Juliarta Bramansa Ottay said that the guidelines for the recognition of customary law communities are a product of the Central Kalimantan Provincial Government. BNF was asked to help finalize it into a document and support its socialization activities. 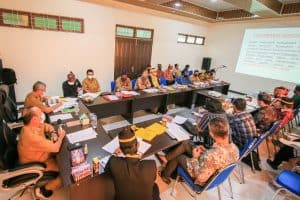 “The reason we are also participating in this process is because BNF has a program in Mungku Baru, the people there want to turn the ironwood forest into a customary forest. Therefore, we agreed to help finalize it into a document,” added Juliarta.

Apart from that, continued Arta, there is potential for cooperation with indigenous peoples in the management and protection of forest areas. It has been proven in many places that indigenous peoples have an important role to play in caring for the remaining forests. In addition, clarity of procedures and legality in the recognition of customary law will reduce the potential for land conflicts in this province.