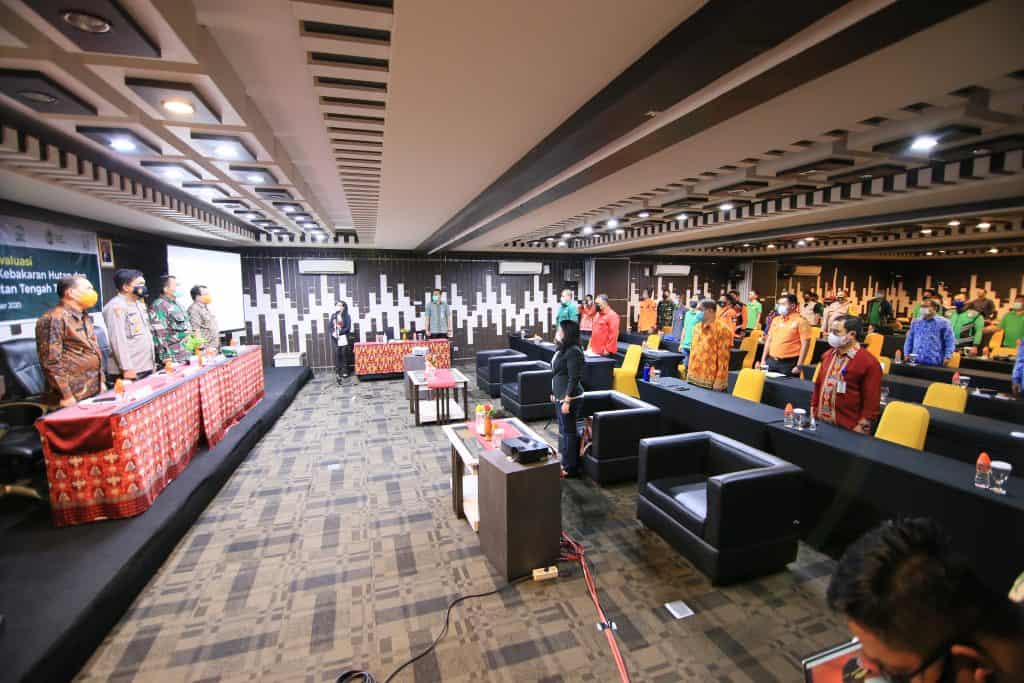 “Thank God, in 2020, Central Kalimantan will not have forest and land fires. And we also continue to socialize and form task force teams to the sub-district and village levels. We will even prepare the equipment,” said Hamka at the opening. evaluation coordination meeting.

Meanwhile, Acting Head of Central Kalimantan BPBPK, Darliansjah, through the Head of Emergency and Logistics, Erlin Hardi, said that currently in overcoming forest and land fires, his party emphasizes more on prevention and preparedness efforts. For this reason, in this evaluation coordination meeting, his party wants to prioritize the determination of disaster status, in order to minimize the impact of the disaster.

“This means that we no longer set the alert status when the condition of the disaster is already big, but when there is a small potential for disasters, both forest and land fires, floods, and so on. So that the level of impact can be smaller,” said Erlin.

On the other hand, Deputy Director I of BNF Indonesia, Yunsiska Ermiasi said that the success of handling and preventing forest and land fires in 2020 cannot be separated from the rainy season. So that in 2020 there are no hotspots found.

“But since 2017, after there is funding from the government and complete equipment, we have formed two MPA groups in areas prone to forest and land fires, namely in Kereng Bangkirai and Sabaru, with the hope of being able to tackle forest and land fires more quickly,” Yunsiska concluded.