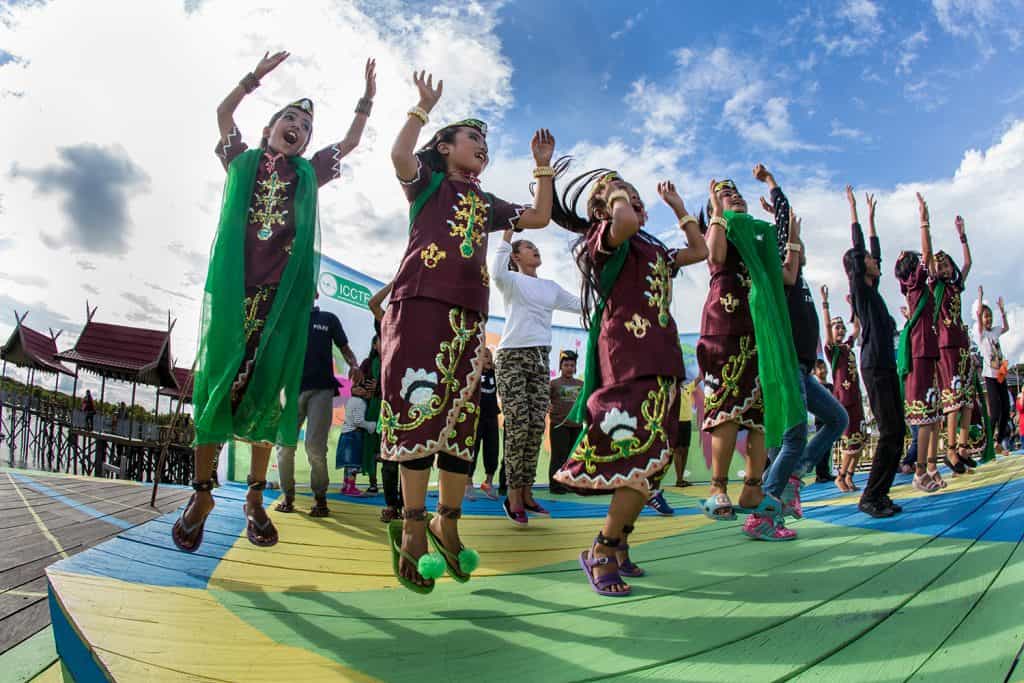 Anak Sabangau (meaning ‘Children of the Sabangau Forest’) is part of BNF’s Education Programme. Children, living in the village of Kereng Bangkirai, have joined this programme to learn about the environment and Dayak culture, and to receive academic lessons (such as maths, reading and writing). The main objective of Anak Sabangau is to create a conservation generation in the community next to the Sabangau Forest.

Festival Anak Sabangau is an annual event, which was created in 2016, to showcase what the children have learnt during the year. This event is an opportunity for the children to show their parents and the local community the different educational activities they have participated in and the topics that they have learnt, such as recycling, orangutans, gibbons, biodiversity, fires and other threats to the forest.

The festival is also a platform to introduce BNF and Anak Sabangau to other children in the hope that they will be inspired and motivated to join this Education Programme and enhance their own environmental and academic education.

During this year’s festival, which took place on the 26 November, the children performed traditional Dayak dancing, sang songs with environmental messages, delivered a drama performance of our storybook “The Little Gibbon Who Lost His Song” and a drama they created titled “Recycled Rubbish”, as well as presented an art exhibition to raise awareness about environmental issues facing the village of Kereng.
In addition Herman, a musician from Kereng, performed at the festival, bringing folk songs themed about the environment to the audience.

Children who are members of the Anak Sabangau community are on the frontline to keep the Sabangau Forest safe in the future. They will share the responsibilty to prevent further environmental destruction and illegal logging in Sabangau.

Through our environmental education, they are beginning to recognise the richness of the biodiversity in Sabangau, and are becoming ambassadors for the environment to remind people not to throw rubbish carelessly in the river and the village, and to take care of the forests and their natural heritage.

We are very proud of the children from Anak Sabangau who made this event a success and have succeeded in becoming conservation ambassadors. Hopefully, they will continue to spread their knowledge and inspire others to protect the environment. (DN)