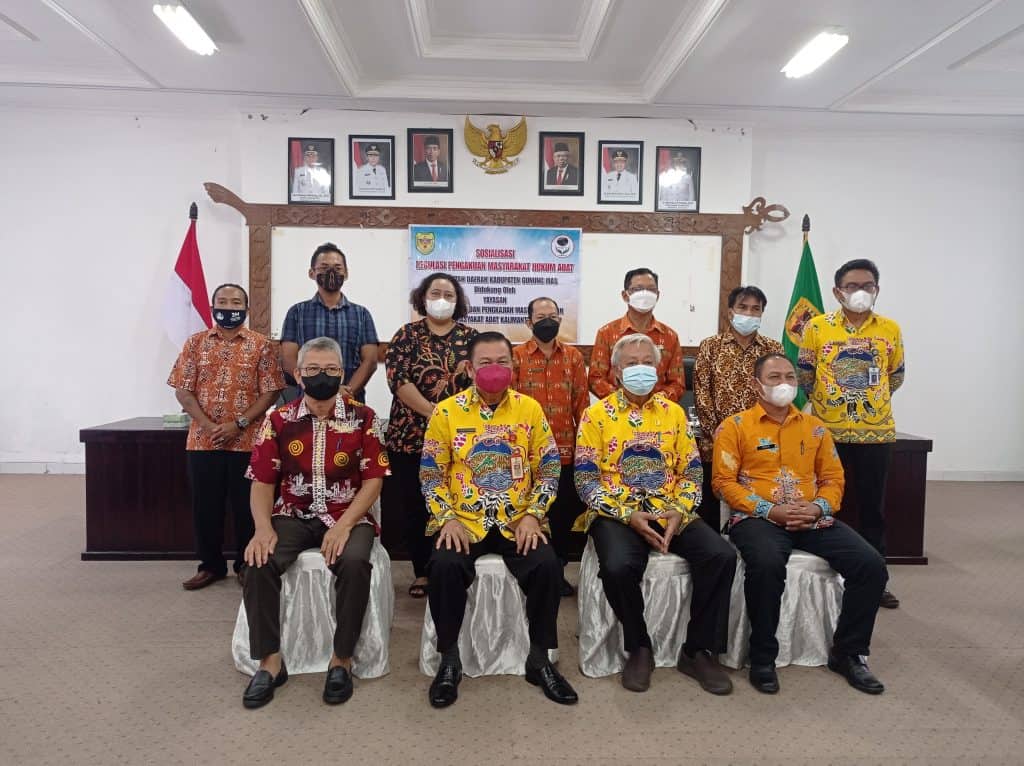 Gunung Mas, 21 October 2021 – The Gunung Mas Regency Environment, Forestry and Transportation Service (DLHKP), together with the Borneo Nature Foundation (BNF) Indonesia and the Foundation for the Empowerment and Assessment of Communities and Indigenous Peoples of Kalimantan, held a socialization related to the Regulation on the Recognition of Indigenous Law Communities (MHA) ), in the Hall of the Gunung Mas Regent’s Office, Thursday (21/10/2021).

The event was attended by the Head of the Environmental Capacity Building Section of Central Kalimantan Province, the Regional Secretary (Sekda) of Katingan Regency, the Head of the Gunung Mas Regency DLHKP, the Dayak Customary Council of Gunung Mas Regency, representatives from the West Rungan District and virtual attendance at the Social Forestry and Forestry Office. Environmental Partnership (BPSKL) Kalimantan Region.

In his remarks, the Secretary of the Gunung Mas Regency, Yansiterson said, based on Article 18 B paragraph 2 of the 1945 Constitution, as a result of the second amendment, stating that the state recognizes and respects MHA units and their traditional rights, as long as they are still alive and in accordance with community development and principles. The Unitary State of the Republic of Indonesia which is regulated by applicable law.

“So, this activity aims to build mutual learning about the rules and regulations that recognize the existence of MHA, and there is a common understanding of the requirements for MHA recognition based on the applicable regulations,” he said.

In addition, he also hopes that through this activity, stakeholders related to MHA can carry out MHA recognition in accordance with the applicable laws and regulations.

Then, MHA as the owner of the customary area, learns about the requirements for obtaining statutory recognition regarding MHA.

“This activity is also expected to make it easier for the Gunung Mas Regency MHA committee to inventory, verify and validate MHA proposals, and MHA can prepare supporting documents in completing the required requirements in accordance with applicable laws and regulations,” he said. 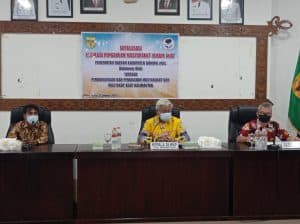 Even now, his party has received as many as five proposals for recognition of MHA for identification, verification and validation processes.

“We have also signed a memorandum of understanding with the Provincial Forestry Service to assist the process of recognizing this MHA, both from a technical point of view to the element of financing,” he said.

On the other hand, Rungan Landscape Manager, BNF Indonesia, Anugrah Wicaksono said, this socialization was aimed at facilitating MHA who wished to propose recognition, to prepare documents and for local governments to form MHA committees.

This is because the regulations governing MHA are not attached to just one ministry. So this makes it difficult for local governments, especially district governments to encourage MHA recognition.

“This sometimes makes it difficult for local governments to be able to capture all of them in their entirety. With this socialization, we hope that we can convey all of that to the MHA who proposed, the MHA Committee as the party conducting the validation and other parties, such as community social institutions or parties assisting the community in proposing, academics for example. So that later what is done is according to the provisions,” he explained.

“Actually, it’s not entirely the fault of the region, but because it is a regulation inherent in various ministries,” he said.

For this reason, efforts are needed from the provincial MHA Committee in summarizing all the rules related to MHA, so that it becomes a guide that can later make it easier for MHA who want to propose recognition and the MHA Committee in conducting the validation process.