The Critically Endangered orangutan identified as an important seed disperser 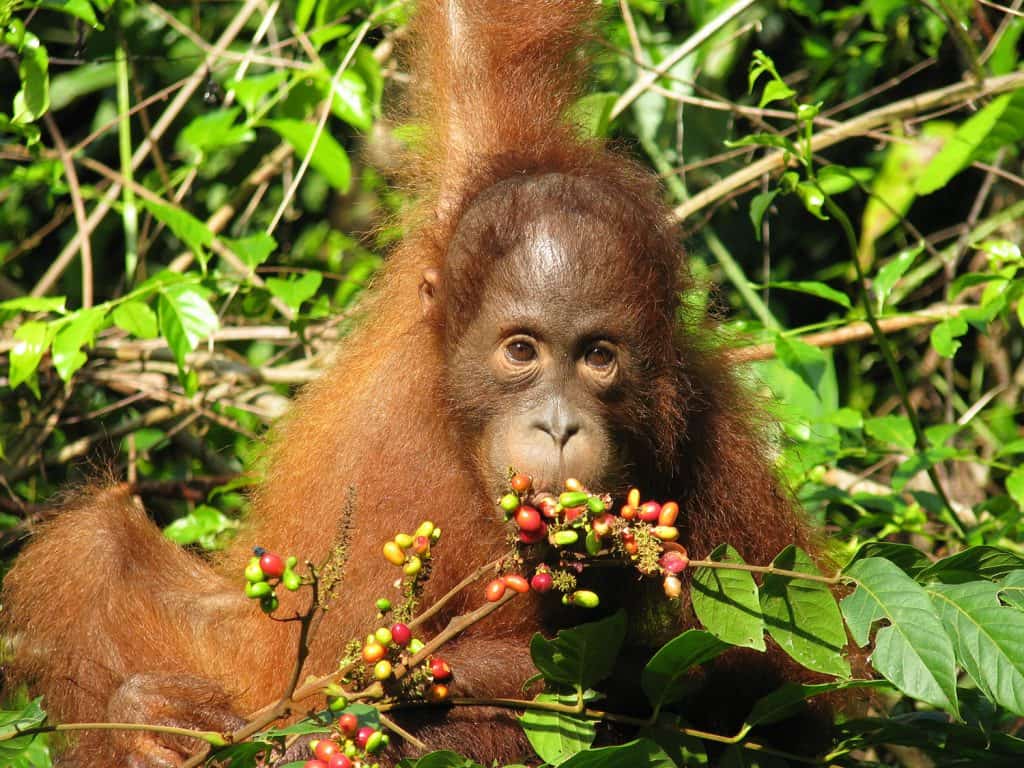 New research has thrown light on the important role of orangutans as seed dispersers or “gardeners of the forest” in the jungles of Borneo.

The researchers published papers in the Biological Journal of the Linnean Society and Conservation Physiology to share the results of this work.

“We found seeds in 73% of orangutan faeces, with 828 seeds found in one poo! Seeds varied in size from a few millimetres to two and a half centimetres” explains Dr Esther Tarzisz, lead author of both research papers.

“For four out of five species studied, seeds that were either spat out or defecated by orangutans showed either germination success and/or quicker germination, compared with seeds that had not.”

“The seeds are dispersed as orangutans travel through the forest,” said Dr Mark Harrison, co-author and BNF Co-director. “Female orangutans have smaller home ranges than males, who range widely to search for females and compete for dominance with other males. This means that seed dispersal in female orangutans is more concentrated within a core area, whereas males distribute seeds more widely in the forest.”

“A key feature of this work is that we have shown how important it is to link animal physiology, in this case, digestive physiology, with ecosystem processes,” explains Dr Adam Munn at the University of New South Wales Australia, who supervised the research. “Such studies are becoming increasingly important in conservation”.

In addition to confirming the important role of orangutans in seed dispersal and maintaining healthy forest ecosystems, the research also hints at the consequences that might occur if forests are disturbed or orangutans are lost from the ecosystem.

“Any loss of orangutans from forests will influence the seed dispersal process, particularly for those larger seeds that smaller forest animals avoid” explains Dr Harrison. “This could have much wider-reaching impacts on forest diversity than the loss of orangutans alone.”

Dr Harrison added, “Overall, while much more remains to be learned about seed dispersal in orangutans, these results further highlight the need to conserve the Critically Endangered orangutan in – and for – Borneo’s imperilled tropical forests.”

PrevPreviousLearning to fly: the local community benefits from drone training
NextBNF Continues Its Commitment on Community Building for Fire PreventionNext