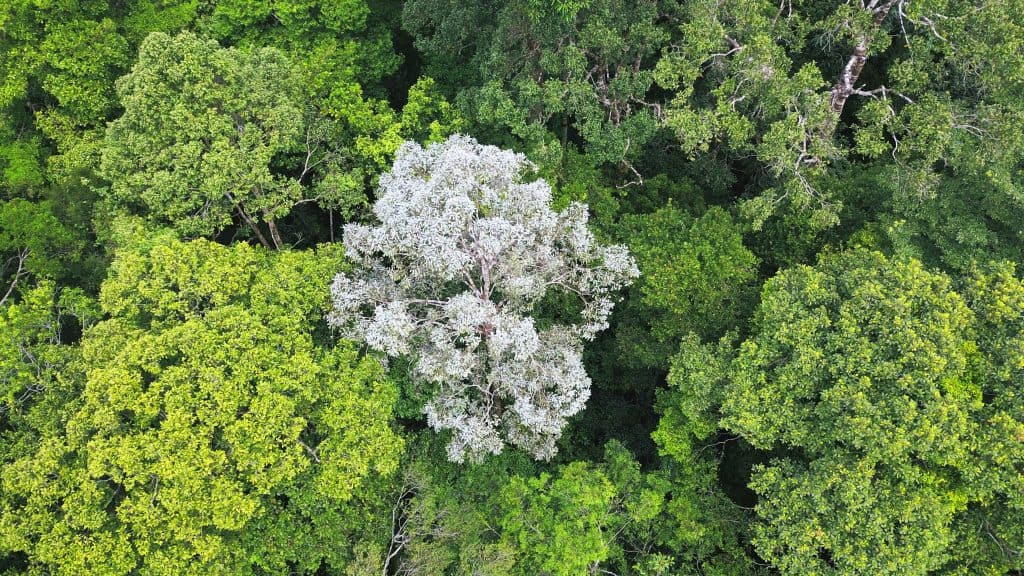 Nature is always offers solutions to various human challenges, especially for one of the biggest challenges of modern humans: balancing economic development and ecology. It is apparent that the two now seem to be moving in opposite directions.

Amidst the increasing rate of population growth and the world economic turnover that is rapidly increasing, exploitation of natural resources is on the rise as well. As a result, the carrying capacity of nature is increasingly limited. Biodiversity is slowly being pushed into extinction as habitats are confined in what experts call a ‘positive feedback cycle’. A cycle in which the over exploitation of nature and the misuse of forests make them vulnerable and increases carbon emissions which in turn contributes to global warming and climate change. One of the results of which are forest fires which then leads back to vulnerability of land and existing forests to various natural and anthropogenic factors (Natura Magazine, 2020).

Habitat destruction and extinction of various types of biota continue to occur due to human behavior. Although the government has established protected areas or conservation areas both on land and at sea, there are still very many community and industrial activities that cause habitat degradation and threaten the extinction of various species. The extinction of a species will have an impact on decreasing the resilience of other species which then has a negative impact on overall biodiversity.

The conversion of primary forests into plantations and agricultural lands, settlements, and mining areas are serious challenges to Indonesia’s biodiversity. Any such transfer of functions should be measured properly, with calculations based on science, so that forests can still be used sustainably (ALMI, 2020). Ecosystem services are indeed something one cannot see directly, but they are irreplaceable and their economic value is high.

We should be grateful for the reduction in the rate of deforestation. however, it should not let us down. Forest conservation efforts must continue to be carried out more strongly because the challenges ahead are greater.

The extinction of various species that are part of biodiversity in Indonesia is an inevitable result of the loss of habitats related to massive deforestation. One of the main drivers of Indonesia’s deforestation comes from oil palm plantations (Austin et al. 2019). The

Biodiversity is at the core of ecosystems and natural balance, and is also a provider of human needs food, clothing, shelter, medicines, and more. Threats to biodiversity should be a topic to be discussed by all parties. Sustainable programs related to conservation must always be developed and include long-term programs. One way to reduce the adverse effects of deforestation is by reconnecting forests (Van Oosten, 2013).

This requires a fundamental understanding of forest connectivity and a minimum area of forest cover. The health of the forest and the various ecosystems within it (or those that depend on it) are prerequisites in creating a productive environment for agriculture and plantations. The irreplaceable and high-value forest ecosystem services need to be understood for successful long-term economic development.

Therefore, public knowledge, awareness, and participation in the importance of protecting and sustainably using the wealth of biodiversity must be improved. Strong science and technology are an absolute necessity as an innovation lever which would place Indonesia on the map of the world advancing science.

Indonesian biodiversity is able to sustain progress in various fields, such as in the discovery of new species, genetic diversity, biomimicry technology, bioprospecting for new drugs and biomaterials, exploration of the potential of the deep sea, climate change, and the environment. Competence and infrastructure that includes basic and applied sciences including big data management needs to be strengthened (AIPI, 2016).

These sciences are a prerequisite for preventing further damage, and they are also absolutely necessary to mitigate the impacts that may occur. Whatever policies are chosen should be based on valid evidence that can best be derived from science that places human health, environmental health, and the carrying capacity of the earth at the center of its concerns.

Biodiversity and the environment must become the part of the mainstream of development policy. Nature and its ecosystem are the foundation that supports the sustainability of life on Earth, so socio-economic growth must heed the preservation of nature. Local wisdom in maintaining biodiversity has actually also been reflected in the lives of various indigenous peoples in the Indonesian archipelago who, for centuries, have lived in harmony with nature. More than 700 ethnic groups in Indonesia depend on the natural resources around them to meet their food, water, clothing and medical needs. They have customary behavior, habits, culture and rules relating to the appreciation and management of nature and their various aspects, both on land and at sea. This is a good example of what the ecological, economic, and community interests can grow in accord with the carrying capacity of the biosphere.

The respect for nature is often referred to as local wisdom. This wisdom can be physical, nonphysical, literal, or symbolic. Local wisdom in protecting biodiversity and food providers is widely displayed by indigenous peoples who depend on natural resources on land their lives (Kelbessa, 2013).

the Dayak Ngaju people call peatland a plot of sahep. However, indigenous peoples also use the name petak seha or burned land. Peatland is land that Dayak farmers avoid in their farming activities because the land will burn periodically so that it is left unattended and will not be managed. The seha plots are generally covered with galam, purun vegetation, and contain lots of fish so even though they are not used as agricultural land, they are still used in other ways (Natura Magazine, 2020).

The Ngaju Dayak tribe built local wisdom through their belief system to protect peatlands. This local wisdom sends a message to us that humans must be careful and should not manage forests, especially peat.

The Dayak tribe in the several part of Kalimantan Island also have a custom of shifting cultivation for 2-4 year periods, so that the land has a chance to recover. This kind of cultivation practice preserves the soil and allows the land to return to its former fertile condition. Through these and other means, the environment becomes sustainable in indigenous ways for indigenous peoples, something that is impossible if the forest is cleared.

To be able to survive, indigenous peoples in various parts of the Indonesia generally are dependent on the natural environment. This closeness and dependency produce behaviors, habits, and a culture that respect nature and all its contents. This respect is manifest in that culture’s knowledge, behavior, rituals, traditions and customary rules.

But, local wisdom is a complex thing that has similarities and differences with science. One of the main differences is that local wisdom is context-bound so that it is not easily transferrable and generalized to other socio-cultural contexts. This characteristic should be taken into account if local wisdom is expected to be a “guardian” of biodiversity. In addition, it is necessary to recognize that local wisdom is not always sustainable or socially just, so we must not blindly idealize local wisdom without seeing it in a real context. The challenge is how we can utilize this local wisdom for the development of Indonesia in facing rapid social change and how to maintain continuity?

To answer that question, we must ensure that the things described previously are also continuously implemented. In other words, it must be kept in mind that biodiversity conservation efforts can not be done haphazardly: the effort is representative or comprehensive, i.e. a protection of biodiversity that is not focused only on interesting things, but broadly represents biodiversity and involves all stakeholders, including governments, industry, indigenous people, and other societies; and, the effort is flexible. It can be modified according to the conditions of place, time, and the latest scientific, and technological advances.

In another words, a holistic conservation efforts and crosssectoral management are needed. With wise use of nature as taught by our ancestors, continuous conservation efforts by various parties, good and consistent use of science and technology, we provide space and time for nature to provide greater benefits for our lives and for our children and grandchildren in the future. 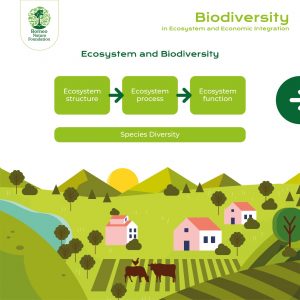 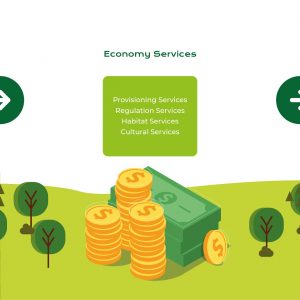 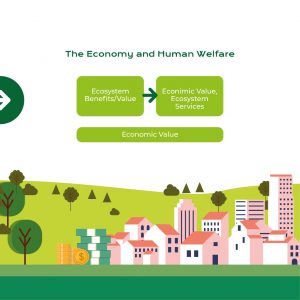