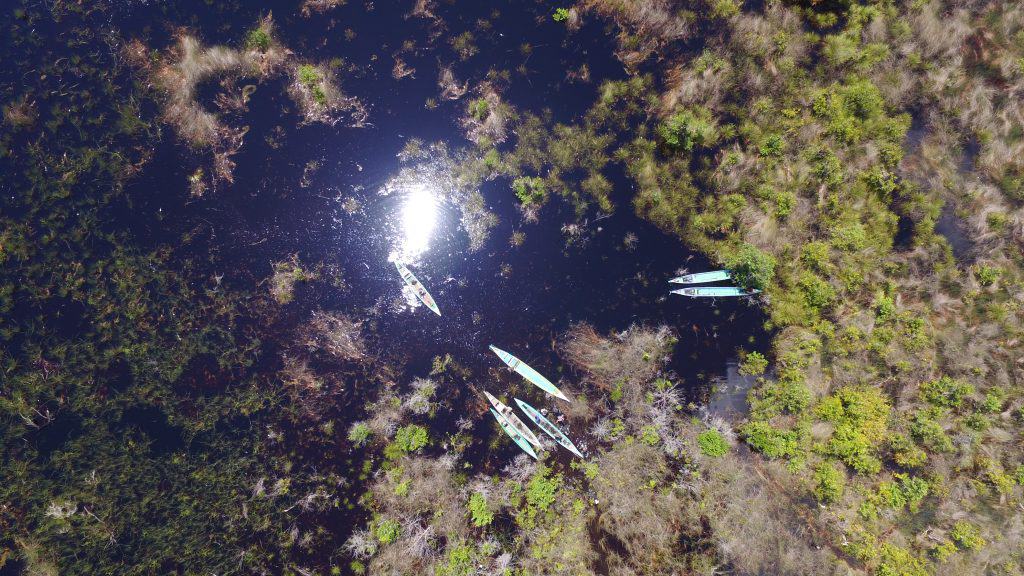 Borneo Nature Foundation (BNF) was chosen as one of the 10 winners of the Keeling Curve Prize 2020, an Aspen-based program that awards money annually to innovative global warming mitigation projects.

In the award ceremony which was held virtually on Tuesday (07/28/2020) morning (or Monday 07/27/2020 Colorado time), BNF was declared the winner of the Carbon Capture, Utilization, and Sequestration (CCUS) category. This was awarded for BNF’s efforts to protect peat swamp forests in the Central Kalimantan region, some of the largest terrestrial carbon stores on the planet.

Deputy Director of BNF Indonesia, Yusiska Ermiasi, welcomed and expressed her pride for the awarding of the 2020 Keeling Curve Prize.

“This award gives pride as well as challenges for us going forward to consistently carry out conservation activities in peat forests in Central Kalimantan, as well as further strengthen the efforts we have made to positively impact the conservation of peat forests in Central Kalimantan, and increase the absorption of carbon emissions,” Yunsiska said on Wednesday.

She explained the four efforts that BNF take in order to conserve peat forest areas in Kalimantan, especially in the Sebangau National Park over the last 10 years. First, reforestation through replanting of degraded peatlands due to fires or clearance. Second, developing conservation activities based on community participation, such as patrolling forest areas with Community Patrol Team, and developing forest conservation education and training activities. Third, the construction of dams to block canals to rewet forests and assist in natural reforestation of peatland forests. Fourth, support scientific research activities.

“Quality scientific research is very important for BNF in developing conservation of peatlands because it is the basis for how to protect and manage forests. Research also allows us to have special expertise in monitoring the distribution, population status, behavior and ecology of peat forest species,” Yunsiska explained.

She also expressed her gratitude for the support of a number of local partners who played a major role in helping BNF carry out conservation projects in the Sebangau National Park forest, such as the Center for International Cooperation in Sustainable Management of Tropical Peatland (CIMTROP) and Community Firefighting Teams (MPA).

“The role of these local partners is very important for the ongoing conservation efforts undertaken by BNF,” added Yunsiska.

The only one from Indonesia

BNF is the only institution from Indonesia to receive the Keeling Curve Prize 2020 award and is also one of only two institutions based in Asia to receive this award. The other Asian project that received the award is ‘Oorja Development Solutions’ from India for the field of energy development.

Executive Director of the Global Warming Mitigation Project, Jacquelyn Francis, said in her written speech on the eve of the award announcement, that the winners were selected by a panel of judges consisting of experts from various countries. Ten winners who were selected previously entered the list of 20 finalists announced earlier this year.

“These projects — like our former winners — were vetted by top climate experts as having significant potential to help curb global warming,” Jacquelyn said.

The Keeling Curve Prize awards the prize annually to 10 new or ongoing climate change mitigation projects across a wide range of categories like finance, transport and mobility, and social and cultural pathways. The prize is named after Charles David Keeling, the climate science researcher who created the Keeling Curve graph that’s tracked the concentration of global atmospheric carbon dioxide from 1958 to present day.