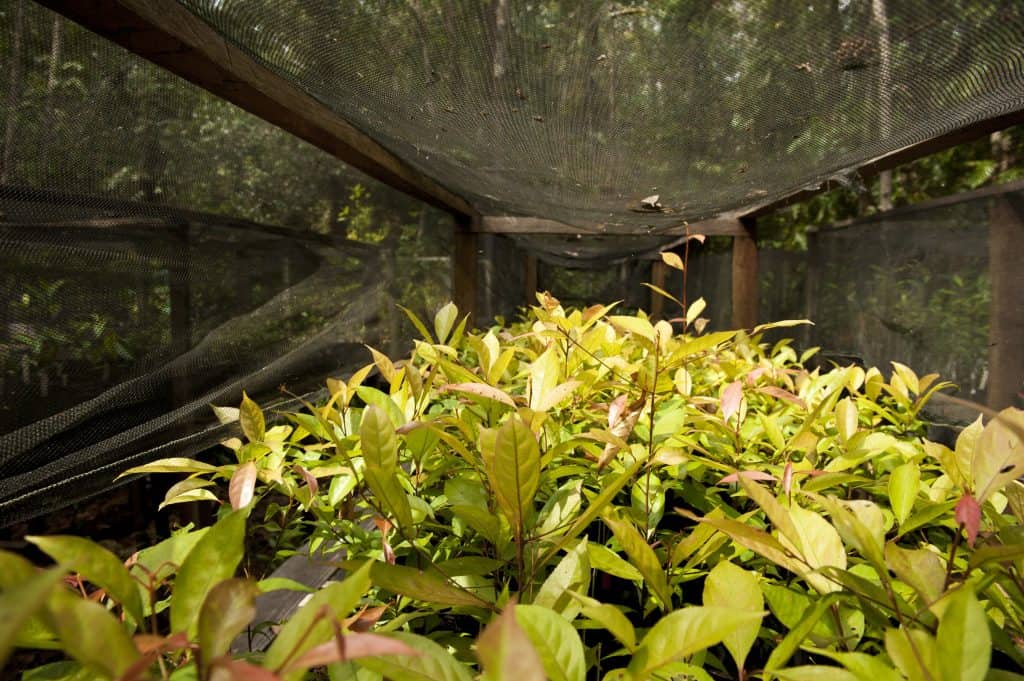 Borneo Nature Foundation (BNF) has been working together with the government and stakeholders to build capacity for local communities on conservation particularly in the area of Kereng Bangkirai and Sabaru, the two villages being the entrance gate to the Sebangau National Park peat-swamp forest, Sebangau district. In the previous year, BNF played critical role in the establishment of two comumunity-based fire-fighting teams (MPA) that helped local government to combat recent land fires engulfing almost the whole regions in Central Kalimantan this year.

To expand the positive impacts of our conservation efforts, we recently initiated Community Nurseries in the same villages this year. The two-year program receives major support from The Darwin Initiative and will run from January 2019 to December 2020. Through this programme, we attempt to carry out massive scale of reforestation on the burnt forest areas in the Sebangau forest and encourage alternative livelihoods for local people on productive land use for crop production.

As for the initial steps of the programme, the Conservation Team from BNF has established three groups (consisting of 7- 8 team members) for community nurseries in Kereng and Sabaru villages. These groups will later receive extensive training on the seedling nurseries and productive land use for crop production from BNF and related government agencies.

On october 2018, BNF gathered community nurseries teams and the village representatives from the sub-districts of Sabaru and Kereng on the internal socialisation and program preparations.  The event was not merely  attended by the males but many females were also seen joining the socialisation. It was held to further discuss the plans for community nurseries programme that will soon begin in early 2019.

BNF teams have surveyed three land locations owned by MPA members to be used for community nurseries in the village of Sabaru. These three locations have different and varied vegetations, but they are all dominated with the peatland. “It’s important to know each characteristic of these lands to plan efficient and effective programme implementations” said Yunsiska Ermiasi, BNF Conservation Manager.

All three groups of community nursery are now producing thousands of organic polybags made of the drying Purun (Lepirona articulata) or sedge grown wildly on the peat-swamp that will later be used to house the seedlings. They are involving their families and siblings in the massive productions of the organic polybags. “We can expect this programme to offer a lot of the benefits to local people.

The use of Purun as the organic polybags are proven to be far more effective than using the plastic polybags. This has been tested in BNF’s reforestation projects where the teams compare the use of these two as the seedling container where the survival rate of the plants in Purun seems to show more satisfying result.

BNF is currently working together with the government agencies to collaborate in the provision of the training for community nursery teams. It’s expected that the training can help build the substantial capacity for the local community to produce seedlings for their own land based livelihoods and seedling production for reforestation efforts in the largest remaining peat-swamp forest in Indonesia, Sebangau National Park, home to the charismatic orangutan and hundreds of beautiful native creatures to Borneo. (AE)