Hi, my name’s Lizzie and I am one of the red langur interns here in the Sabangau Forest. During my internship, I’m going to be assisting the kelasi (the local name for red langurs) team to follow and record data on this rarely-studied species. 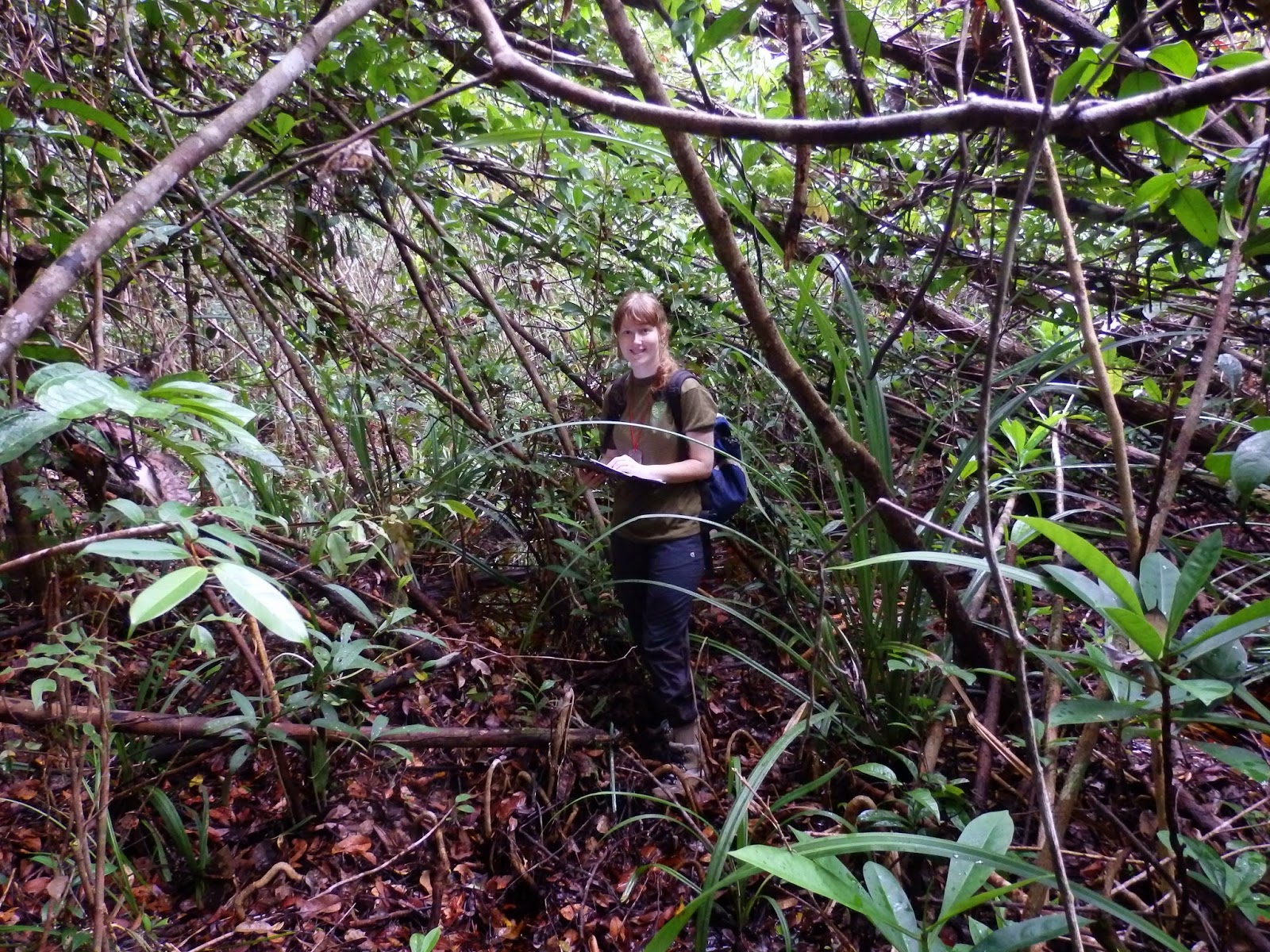 I have loved wildlife for as long as I can remember, and always dreamed of travelling the world seeing animals in the wild. When I was 17, I went on a month-long expedition to the Peruvian Amazon with the British Exploring Society. I experienced the rainforest first-hand and was fascinated by the animals I saw there, like river dolphins, capybara and even a wild jaguar. I knew then that I wanted to spend more time exploring rainforests.

During my degree in Geography at the University of Oxford I was able to learn more about the ecology and conservation of different environments around the world. But, as my degree was drawing to an end, I wanted to get out of the library and see conservation and research in practice, so I applied to OuTrop’s internship programme and was accepted!

I’ve been here for nearly 2 months, but have seen so much already. We’ve been following the kelasi group ‘BD’ and I’m enjoying learning to identify the different individuals and seeing their behavioural interactions. One of the females, Kris, has a new baby (easily spotted by his white fur) who thinks he’s big enough to leave his mother’s arms and explore the canopy on his own. Kris has other ideas and has to keep pulling him back by his tail!

I’ve also had the chance to see orangutans and gibbons up close, as well as macaques, wild pigs and a rather startled snake. I’m looking forward to discovering more in the Sabangau Forest over the next few months.